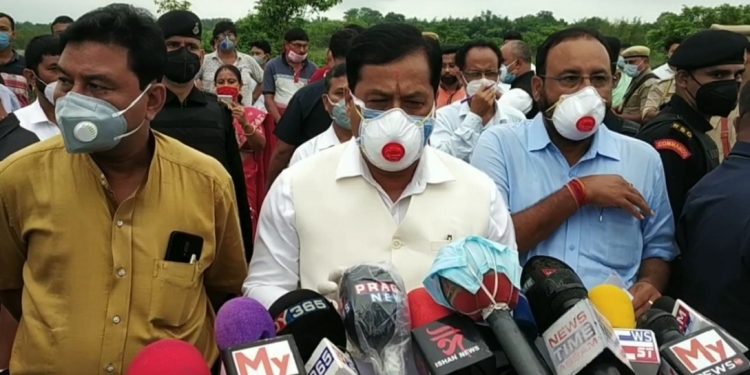 It may be mentioned here that river Pahumara washed away the embankment and damaged the Kardoiguri Bamakhata road and inundated a large area of Bajali subdivision.

Briefing the local media persons, CM Sonowal refuted allegations of the opposition that the present government failed to supply relief materials to the flood-affected area properly.

Sonowal further informed that he has ordered the deputy commissioners and other officials to supply relief materials maintaining proper quality.

“The deputy commissioners have been ordered to look after the flood-affected people,” Sonowal said.