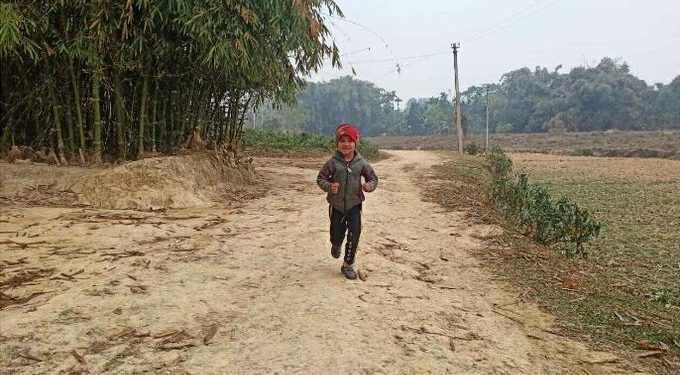 Assam chief minister Sarbananda Sonowal on Thursday said the State Government will take all steps to help a five-year-old realize her dreams of becoming an athlete.

Sonowal said he was quite impressed after coming across the story of the child Gitanjali Barua who runs 15 km daily in the hope of realizing her dreams of being an athlete.

He also said the story of the Jorhat based child is one among the many examples of the number of talented people living in the state. 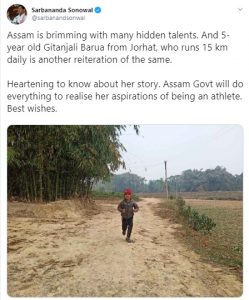 In a tweet, the chief minister of Assam stated, “Assam is brimming with many hidden talents. And 5-year old Gitanjali Barua from Jorhat, who runs 15 km daily is another reiteration of the same.”

“Heartening to know about her story. Assam Govt will do everything to realize her aspirations of being an athlete. Best wishes,” he further added.

It may be mentioned that two school kids of West Bengal were also helped by the government after their cartwheel video went viral on the social media.

After the video went viral, the two kids were selected for training at the Sports Authority of India (SAI) Eastern Centre.