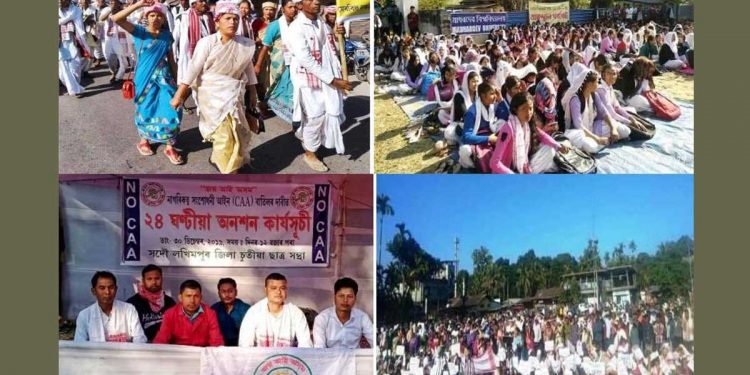 Organised by the Lakhimpur AACSU unit, the hunger strike began from 12 pm in front of the deputy commissioner’s office.

Apart from AACSU members, people from all walks of life joined the 24-hour hunger strike and it is led by Lakhimpur AACSU president Jayanta Hazarika and secretary Amrit Das.

Earlier on the day, a massive protest rally was also taken against CAA in Laluk, which was organised by the Laluk Asom Jatiyatabadi Yuva Chatra Parishad (AJYCP).

Rich tributes were also paid to the six anti-CAA movement martyrs and the participants raised slogans against the government for passing CAA in the Parliament.

Students of Madhavdev University also staged a sit-in demonstration against CAA in Narayanpur on Saturday.