The trucks contained 19 cows and 11 buffaloes 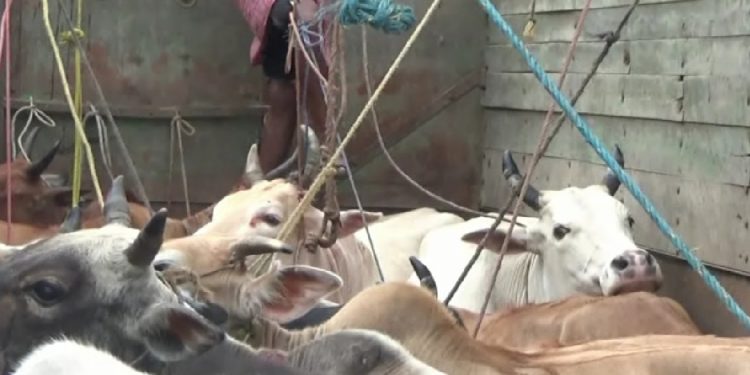 The trucks contained 19 cows and 11 buffaloes.

The Police took the trucks under its custody and took it to Daboka Police Station.

One Aftab Uddin was taking the cattle to Jorabat for illegally export it to Bangladesh via Meghalaya border.

The drivers and the helpers of the trucks escaped from the spot.

Police are investigating the case.