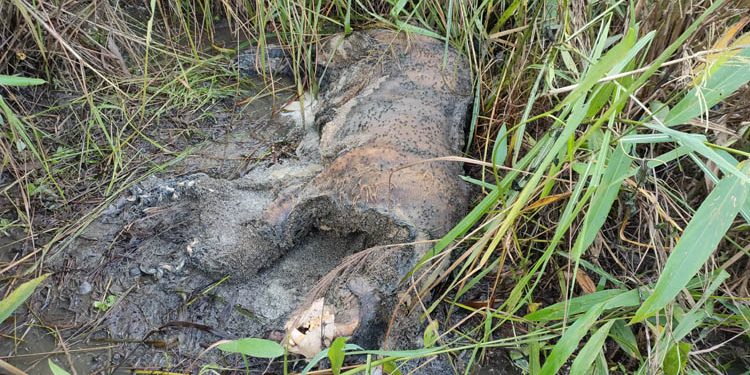 The carcass of another Royal Bengal Tiger has been recovered in Kaziranga National Park.

The carcass was recovered from a field of reed, located in the highland, east to the Laudubi forest camp under the Kohora range of Kaziranga National Park.

According to officials, the tiger died due to unknown reasons around 10 days ago.

It carcass of the tiger started to decompose.

The forest guards, who went to the area for guarding it, noticed the carcass on Tuesday morning in the middle of a field of reeds.

The team inspected the area, conducted the post-mortem of the carcass and collected samples for laboratory test.

In the presence of all officials and as per the directive of the National Tiger Conservation Authority (NTCA), the Royal Bengal Tiger was cremated at the spot. 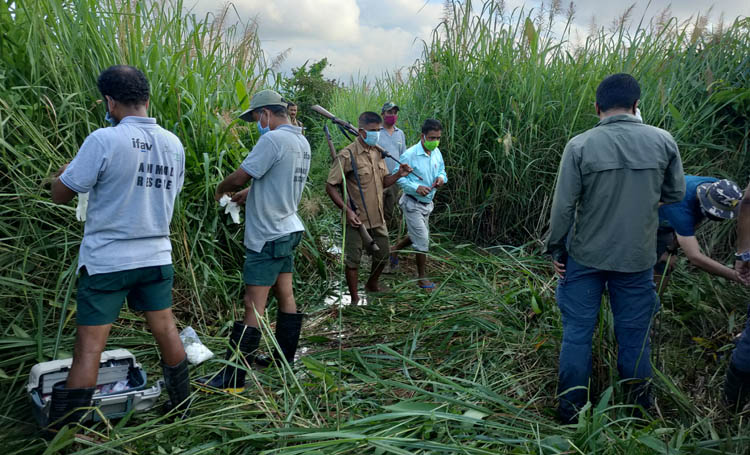 Earlier, the carcass of a Roya Bengal Tiger was recovered on June 18, 2021 from a place near the Bheroni camp under the Kohora range in the Kaziranga National Park.

The authorities of the Kaziranga National Park (KNP) later said ‘unwarranted’ firing by a forest guard killed the tiger on June 18.

The park authorities informed that the forest guard, who gunned down the tiger, was suspended.

“An inquiry conducted by the Assistant Conservator of Forests into the incident revealed that the firing was unwarranted based on which the staff concerned was suspended,” the park authorities said.

“Post-mortem was conducted as per NTCA protocols which revealed a bullet injury through the lungs and the heart,” it said.