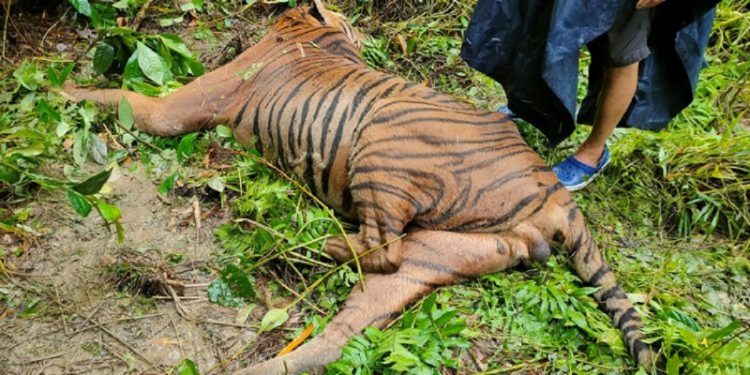 The authorities of the Kaziranga National Park (KNP) on Sunday said that ‘unwarranted’ firing by a forest guard killed a royal Bengal tiger on June 18.

The KNP authorities also informed that the forest guard, who gunned down the tiger has also been suspended.

“An inquiry conducted by the Assistant Conservator of Forests into the incident revealed that the firing was unwarranted based on which the staff concerned was suspended,” informed KNP authorities.

It added, “Post-mortem was conducted as per NTCA protocols which revealed a bullet injury through the lungs and the heart.”

Forest guards in Kaziranga National Park on June 18 had gunned down an adult Royal Bengal Tiger at Japoripathar village in Upper Assam.

The KNP authorities further stated that the killed tiger had hunted a cow the previous afternoon “probably because of the fact that it had three worn out canines while one was missing”. 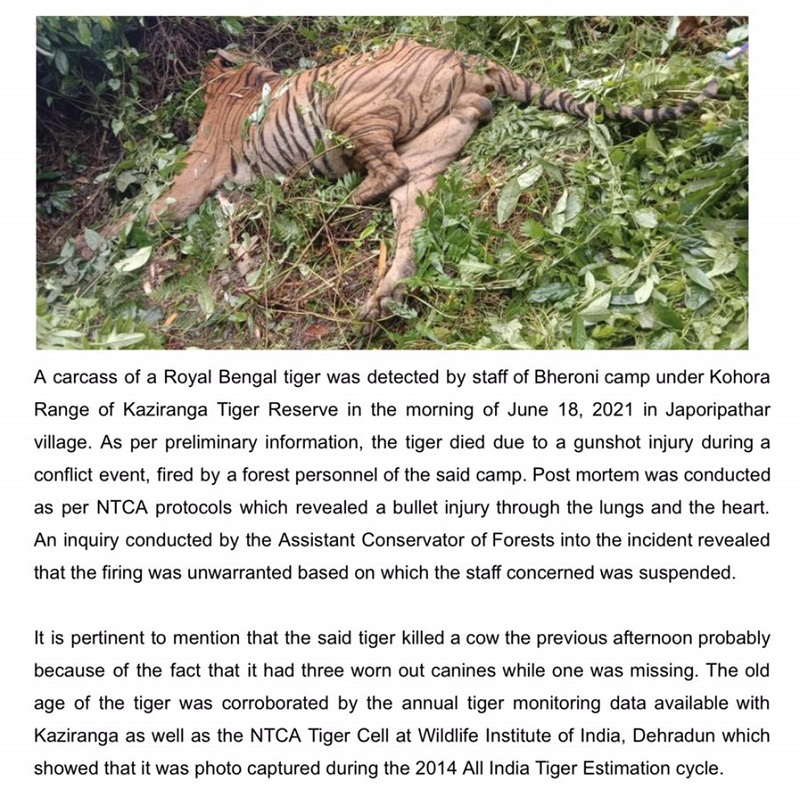