35 percent of India’s tiger ranges are outside protected areas: Survey

India faces an increasing challenge of human-wildlife conflict, which is driven by development pressures 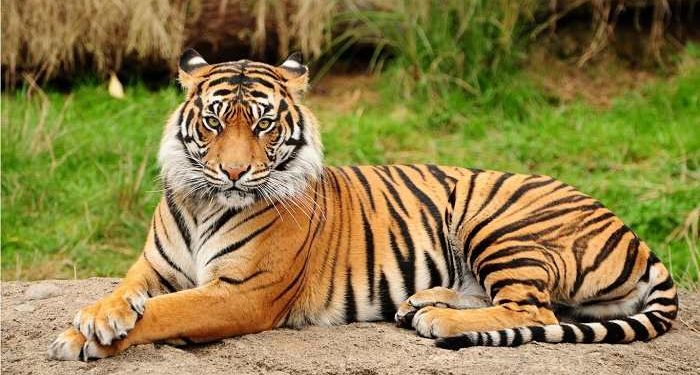 Thirty-five per cent of India’s tiger ranges are outside protected areas and human-animal conflict affects over 75 percent of the world’s wild cat species, said a new report.

The study was carried out by WWF and the United Nations Environment Programme (UNEP) with contribution from 155 experts from 40 organisations based in 27 countries.

The study said that human-wildlife conflict is the greatest threat to animals.

“Marine species, such as turtles and whales, that travel thousands of kilometres annually, are also increasingly interacting with people. With so much overlap, effective HWC (human-wildlife conflict) management becomes increasingly necessary,” it said.

The report said that human-wildlife conflict — when struggles arise from people and animals coming into contact — often leads to killing of animals in self-defence or as pre-emptive or retaliatory, which can drive species to extinction.

“Therefore, many species depend on human-dominated spaces for their survival, and shared landscapes where both humans and wildlife exist outside protected areas play an increasingly important role for the survival of key species such as large predators and herbivores,” the report said.

The report mentioned that many other terrestrial and marine carnivore species such as polar bears and Mediterranean monk seals and large herbivores such as elephants are also getting affected due to HWC.

“In India, data from the Ministry of Environment, Forest and Climate Change indicates that over 500 elephants were killed between 2014-2015 and 2018-2019, most related to human-elephant conflict. During the same period, 2,361 people were killed as a result of conflict with elephants,” the report said.

According to it, India faces an increasing challenge of human-wildlife conflict, which is driven by development pressures.

“With the world’s second-largest human population along with the largest wild populations of tigers, Asian elephants, One-horned rhinos, Asiatic lions, and other globally threatened species, India faces urgent problems of human wildlife conflict that must be addressed to achieve a socially just form of conservation. India’s elephants probably embody the problem the best,” it said.

Elephants in India are restricted to just three- four per cent of their original habitat, with their remaining range plagued by deforestation, invasive species, and climate change.

This is pushing elephants to seek resources outside of forests and protected areas, the report said.

“As a result, marginalised people face the brunt of elephants’ increasing reliance on crops. As many as 500 people are killed by elephants, and thousands of families face crop and property loss to elephants annually,” it said