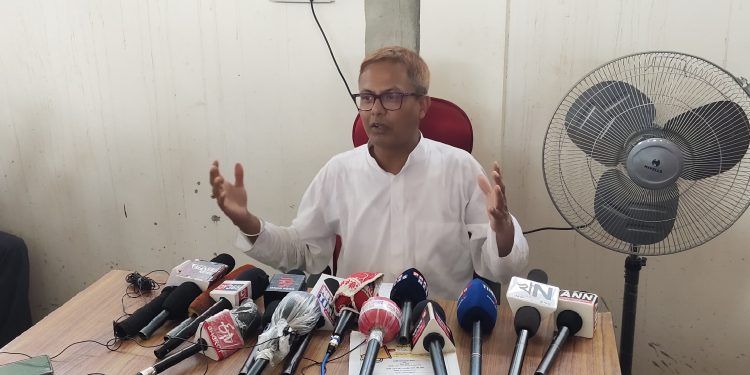 BJP MLA Shiladitya Dev of Assam’s Hojai on Tuesday said the all India general secretary (organization) of the party has asked him to keep patience and wait for at least seven days before taking any final call on retirement.

He said the central committee will have a detailed discussion with the state leaders on this matter within this week.

MLA’s version came at his Jhuraphukur residence in Hojai while interacting with reporters in the presence of hundreds of supporters.

He arrived in Hojai from Guwahati after meeting Himanta Biswa Sarma.

Notably, Dev was to formally announce his retirement from the saffron party on Tuesday alleging intra-party conspiracy against him on Sunday.

Dev thanked his supporters who gathered at his place despite having fear of COVID-19.

Dev reiterated that he will be taking retirement and will not be giving any resignation or join any other political party.

“I raised questions not to bargain or take any ministeral berth, my actions are for the betterment of the people,” he said.

“During these seven days I will not indulge in any party work but as a legislator I will carry on my duty towards the people,” Dev added.