Hojai will not take load of people coming from outside: Shiladitya Dev 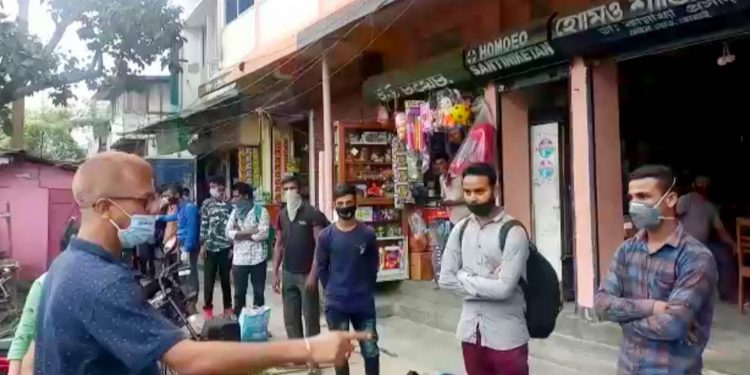 Hojai MLA Shiladitya Dev on Friday asserted that Hojai consistency will not take the load of people returning from outside the State.

“These people actually belong to the neighbouring constituencies of the district,” Dev asserted.

His remarks came a day after state health minister Himanta Biswa Sarma informed that Hojai district stands second in the list of most COVID-19 affected districts of Assam.

“So when someone says that he is from Hojai, people generally consider it as the constituency whereas he is referring to the district,” the MLA further said.

On quarantine centres, Dev said, “There should be proper planning. An infection-threat looms over Hojai town as quarantines centres have been opened in most of the hotels the town.”

“I will speak with the district administration regarding this as we need to think of alternate solutions,” he added.

“Large quarantine centres should be opened outside the main the town,” Dev added.

He also informed of speaking to the 14 migrant workers who have returned to the district from Chennai recently.

Dev further said that there was a panic-like situation in Hojai town.

“People are complaining that every day more people from other constituencies are coming to Hojai town,” Dev said.

“The local people of Hojai constituency has followed the lockdown protocols without fail. However, they are at risk now with more people coming in from outside,” he added.

“People who don’t belong to Hojai constituency should be sent to the quarantine centres of their respective areas at the earliest,” Dev reiterated.