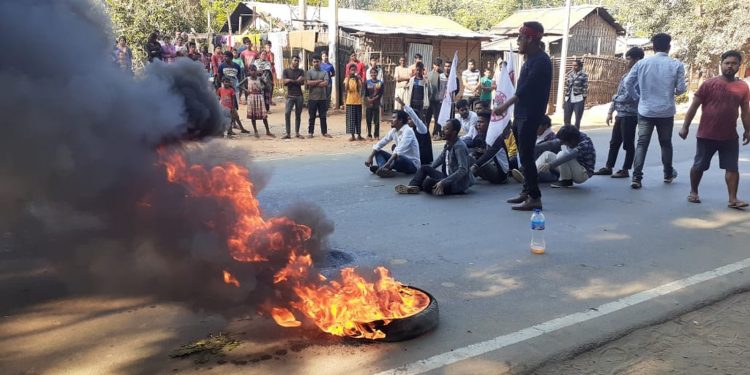 In Diphu, life came to a standstill with the business establishments and educational institutions remaining closed.

However, the examinations in schools were held.

The government offices were open and few private vehicles plied on the roads.

The shops in the periphery of Diphu town were open.

Barring burning of tyres by the AASU activists at Birla in Diphu, there was no report of any violence from any part of the two hill districts.

In Bokajan, the bandh was total and AASU activists burnt tyres on the roads.

Communication was disrupted on NH 36 and 39.

Meanwhile, 15 activists of Karbi Anglong District Students’ Union (AASU), who were waving black flags at finance minister Sarma were detained by police from DMCH at around 1:30 pm.