Assam: BJP, UPPL yet to declare candidates for BTC polls 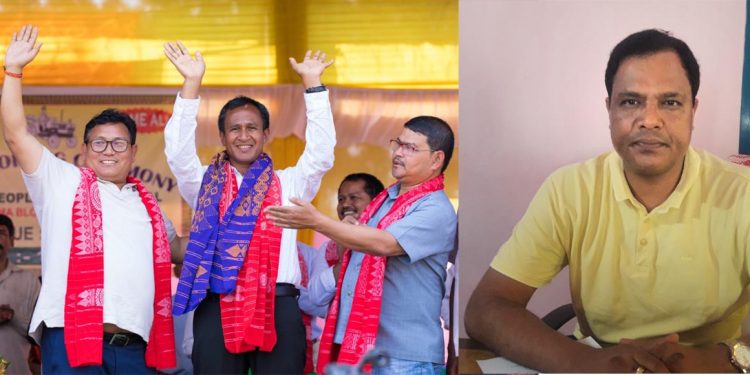 As the BTC poll is round the corner, election fever has already gripped Assam’s four districts – Kokrajhar, Chirang, Baksa and Udalguri.

Political parties including the Bodoland People’s Front (BPF), United People’s Party Liberal (UPPL) and the Bharatiya Janata Party (BJP) have embarked on campaigning with lots of promises with the declaration of the BTC poll date.

However, the BJP and UPPL, the two major contenders of the BPF, which is making it tough for the ruling party to sail the rough sea of polls, are yet to declare candidates.

But the BPF has already declared its party candidates for 18 constituencies in the 46-member council where elections are held for 40 seats.

The prospective nominees started collecting their nomination papers on Thursday as March 18 has been fixed as the last date of filing nomination.

If inside sources of BJP and UPPL are to be believed, both the parties are bewildered as to the selection of candidates as there is a beeline of nominees seeking candidature.

The popular belief is that the anti-incumbency wave against the BPF will help the BJP and UPPL candidates earn an easy win in the polls.

Some of the known faces, who will be contesting the polls from UPPL include its president Pramod Boro, former general secretary of disbanded NDFB(S) BR Ferrenga and former NDFB(P) leader Govinda Basumatary among others.

While former Rajya Sabha MP Santiuse Kujur, who recently switched to BJP and is known to be close to NEDA convenor Himanta Biswa Sarma is a major face of the BJP, will also contest the BTC polls.

As per the notification, the last date for withdrawal of candidature is March 21 and the same day the final list of contestants will be published.

Reacting to the decision of BJP to go solo in the polls despite maintaining the alliance with BPF in Delhi and Dispur, an Assam Congress leader on anonymity said the differences of the BJP and the BPF are bound to happen.

“Not only in BTC, but the BJP has also tried to suppress its alliances wherever it has formed government. This has already happened in Assam politics,” the Assam Pradesh Congress Committee (APCC) office-bearer said.

“Three local political parties have lost their identities and the same thing is going to happen with the BPF,” he added.

“Congress has been closely observing the political scenario in the region and will field candidates in some of the constituencies,” he added.