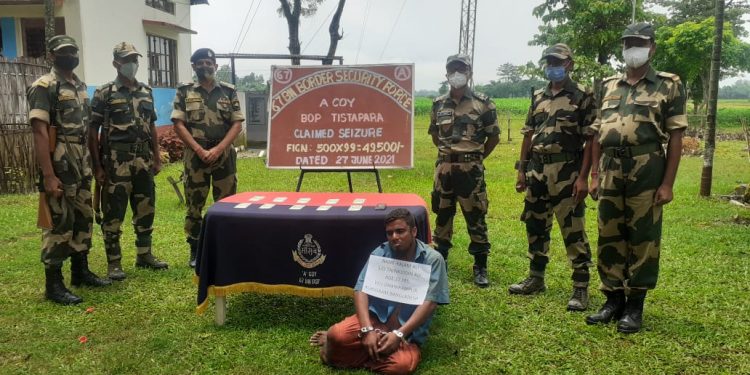 The Border Security Force (BSF) on Sunday arrested one Bangladeshi from the Baladova village along the Indo-Bangla international border in Assam’s Dhubri district.

Fake Indian currency notes worth Rs 49,500 were recovered from his possession.

The accused has been identified as Kalam Ali, a resident of Dhanirampur village at Kurigram district in Bangladesh.

Acting on a tip off, jawans of 67 battalion of BSF under Tistapara border outpost in Dhubri carried out a special operation at Baladova, during which they apprehended the Bangladeshi national.

The BSF suspect the 27-year-old accused to be a racketeer involved in smuggling of fake currency notes.

The accused along with the seized fake currency notes were handed over to the Dhubri Police Station for further legal action, said BSF sources.