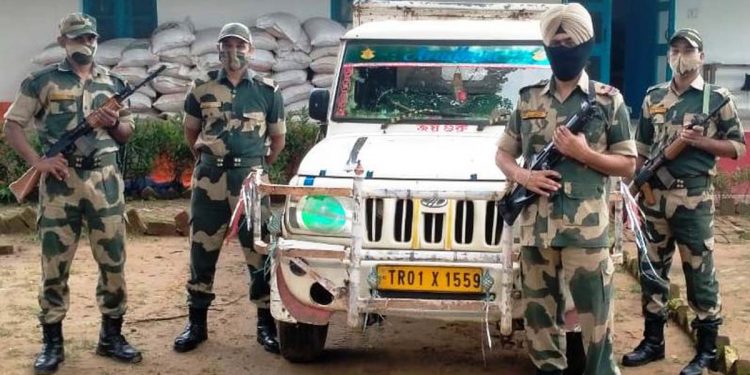 The vehicle seized by BSF troops.

In their efforts against smuggling activities through the Indo-Bangla border, the troops of BSF Tripura Frontier has seized huge consignments of narcotics, contraband items and cattle.

The BSF Tripura Frontier informed that vigilant troops of the 74 Battalion of the BSF on the intervening night of Friday and Saturday foiled trans-border smuggling bids along the Indo-Bangladesh border.

The BSF troops successfully seized the narcotics and contraband articles worth Rs. 11.82 lakh. 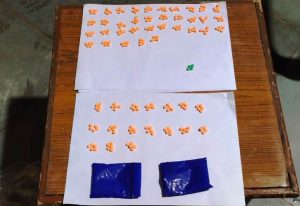 In another operation, BSF troops seized 30 cattle heads worth Rs. 2.88 lakh in area under Kamthana BOP of Sepahijala.

One Bajaj Pulsar motorcycle (without number plate) worth Rs. 79,000 was seized from an area under Anandpur BOP, located in Sonamura PS under Sepahijala district.

Besides, in the same night, troops of 133 Battalion of BSF foiled trans-border smuggling bids and successfully seized 11 kg of dry ganja worth Rs. 55,000, 23 bottles of whisky worth Rs. 13,270 and assorted contraband items worth Rs. 17.342.

The value of the total seized items is Rs. 85,612 and the contraband items were seized from an area under NC Nagar BOP, located in Sonamura PS under Sepahijala district.