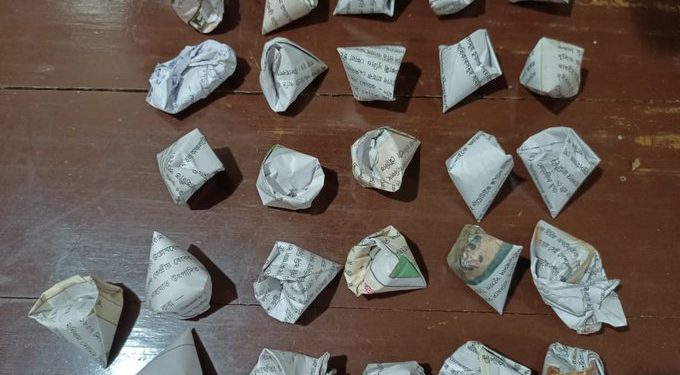 The police on Sunday seized 122.62 grams of ganja from a shop at Dulabari in Assam‘s Sonitpur district.

The police launched an operation the shop based on information received and recovered the ganja.

The police caught the shopkeeper, Jahaz Ali and Pradeep Lama, another individual red-handed while they were exchanging the packets of ganja.

Both the individuals were arrested and a total of 26 packets of ganja were recovered from their possession.

They have been booked under the Narcotic Drugs and Psychotropic Substances (NDPS) Act, 1985.

In a similar incident, the police recovered a few packets of ganja from a shop in Sonitpur town on June 24.

The shopkeeper was arrested.

Today based on secret information a search was conducted at the shop of one Jahaz Ali situated at 1 no Dulabari, Ps-Tezpur and recovered total 26 Nos of packets measuring 122.62gm of Ganja. Also apprehended two persons namely Jahaz Ali and Pradeep Lama red-handed when they pic.twitter.com/TcznUMXvHd