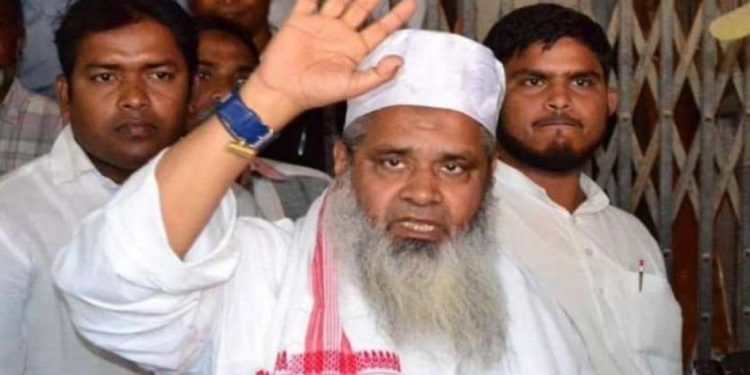 Assam Congress has refused to brand the Badruddin Ajmal-led AIUDF as a ‘communal’ party.

“Union home minister Amit Shah in his speech at Nalbari on Sunday termed the Congress party as communal because we have tied up with the IUML in Kerala and with the AIUDF in Assam.

“We want to tell him that the Indian Constitution has not declared Kerala’s IUML or Assam’s AIUDF as communal,” Assam Pradesh Congress Committee (APCC) president Ripun Bora told reporters in Guwahati on Monday.

Bora said the Election Commission has not categorized these two parties as communal.

He also alleged that the BJP is till date running Zila Parishads in Darrang, Karimganj and Nagaon districts in alliance with the AIUDF.

Asked about the recent provocative remarks made by AIUDF president Badruddin Ajmal during a public meeting at Gauripur, Bora said that the Congress has requested the other constituents of the six-party grand alliance not to make comments or statements which may hurt any community.

APCC vice president and Lok Sabha MP Pradyut Bordoloi said that all constituents of the opposition alliance will have to adhere to some rules.

“We think that the AIUDF has so far not made any communal statements. But the Congress will not tolerate if the AIUDF resorts to such kinds of actions in future,” Bordoloi said.