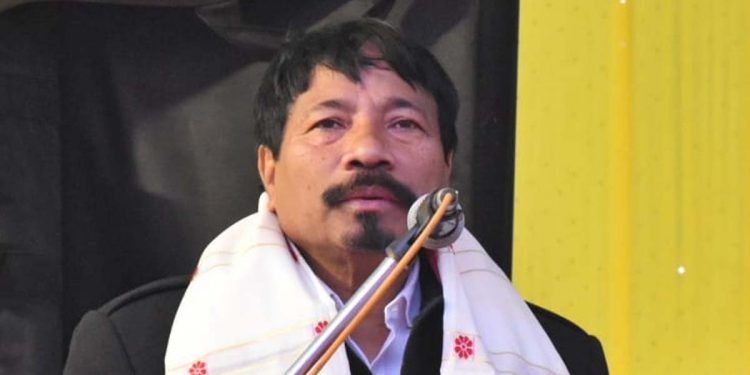 Asom Gana Parishad (AGP) president and Assam agriculture minister Atul Bora on Wednesday went hammer and tongs at the Congress for forging a poll alliance with the All India United Democratic Front (AIUDF).

Bora also slammed the other two newly formed political parties, the Raijor Dal and the Asom Jatiya Parishad (AJP) saying that these parties would bring about the downfall of the Assamese people.

Speaking at a huge rally under the banner of Jatiya Oikya Samaroh at a field near the Jorhat AGP office along the by-pass in Jorhat, Bora said Congress always found it difficult to remain out of power and hence was trying to get back the reins by any means in order to fulfill its own interests.

The minister said the circumstances that led to the birth of AIUDF in the aftermath of the Supreme Court’s judgment of repealing the IM(DT) Act, were known by all, and also the famous statement of former chief minister Tarun Gogoi’s – “Who is Badaruddin”.

“It is reprehensible that now the same Congress party has gone for a pre-poll alliance with AIUDF only with the aim of getting back the seat of power,” Bora alleged.

Terming the pre-poll tie-up formally announced by both the parties on Monday between AIUDF and Congress as an open romance, the AGP leader quoted a line of a yesteryear’s Hindi film song, “Khullum Khulla prem karenge hum do no, is diuniya se nehi darenge, hum dono,” (We will love openly and not care what the world says).

Bora said Badaruddin Ajmal has locked the Congress party with his lock and kept the keys referring to the poll symbol of lock and key of AIUDF.

Terming the alliance as “unholy” and against the Assamese society, Bora said AGP would fight tooth and nail to prevent both parties from coming to power.

The AGP president also came down heavily on Rajya Sabha MP and former journalist Ajit Bhuyan for playing a lead role in forging the Congress-AIUDF alliance.

He urged the party workers to work hard and not to let the Congress-AIUDF alliance succeed.

Dismissing the Raijor Dal and AJP as upcoming regional parties to be reckoned with, he stressed that AGP was the only party that had been formed for promoting and protecting regionalism in the state.