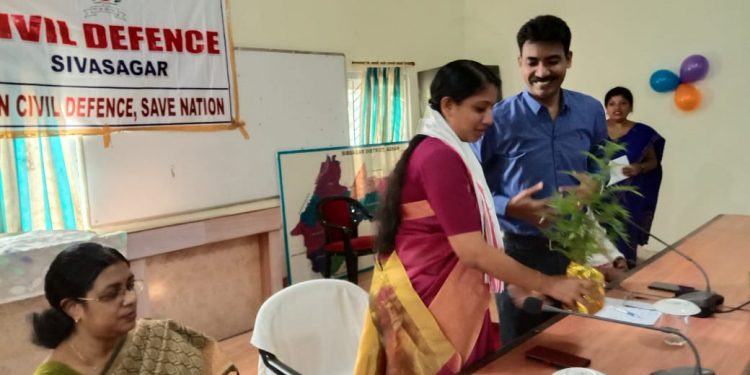 The closing ceremony of annual Civil Defence training was held in eastern Assam’s Sivasagar on Wednesday.

It was held at the conference hall of Zilla Parishad.

The training programme began on September 23, 2019.

Attending the closing ceremony as the chief guest, the deputy commissioner of Sivasagar Dr M S Lakshmi Priya extended best wishes to all the trainees.

She expressed her satisfaction over the activities and methodology incorporated while organizing the training programme.

She also called on the trainees to give their best efforts in the time of any eventuality or natural calamity.

She also expressed her firm belief that the training would definitely help the trainees contribute towards the society with their fullest abilities.

The deputy commissioner also encouraged all the female trainees to come forward with great courage, determination and abilities and show their prowess to the world.

Attending the programme, the chief executive officer of Zilla Parishad, Sewali Bordoloi lauded the District Civil Defence Department for organizing such training programme in the district.

The deputy controller of Civil Defence, Pranjit Dutta offered vote of thanks at the conclusion of the ceremony.