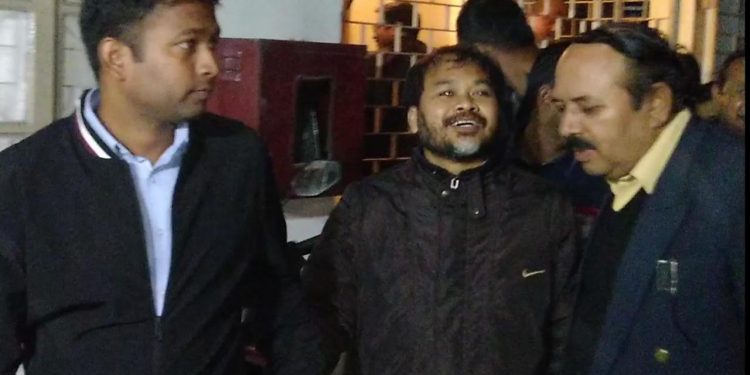 KMSS leader Akhil Gogoi has been sent to 14-day-judicial custody by an NIA court in Guwahati on Thursday.

Arrested Krishak Mukti Sangram Samiti (KMSS) leader Akhil Gogoi has been sent to 14-day-judicial custody by an NIA court in Guwahati on Thursday.

The court has fixed January 10, 2020 as the next date of hearing of the case.

The KMSS leader was brought to the NIA court around 1 pm by a team of the central investigating agency from the office of the anti-terror organisation in Tetelia on outskirts of Guwahati.

Sleuths from the NIA earlier in the day conducted raids at the residence of the peasants’ leader at Nizarapar area and at office of the KMSS at Gandhibasti area of the city.

Akhil, who was leading the anti-Citizenship Amendment Act (CAA) movement in upper Assam, was arrested by police from Jorhat on December 12.

He was later handed over to the NIA where the Unlawful Activities (Prevention) Act (UAPA) charges were slapped on him.

A special NIA court on December 17 had sent Gogoi to 10-day NIA custody.

Akhil was flown in from Delhi to Guwahati on Wednesday.