Dibrugarh Police on Saturday arrested three persons on charges of being allegedly involved in the murder of a 20-year-old at Lezai area in the district.

The deceased, identified as Saurav Das, a resident of Dewanbari village under Borbaruah police station.

According to sources, after the murder, the boy’s body was thrown to Sessa river.

The residents of Lezai area on Saturday blocked National Highway 37 in protest against the alleged murder of Saurav Das.

The irate mob blocked NH 37 for an hour and burnt tyres in protest against the killing.

The agitated mob demanded capital punishment of the culprits.

A team of the State Disaster Response Force(SDRF) personnel has been carrying out operation to recover the body in the river.

But the team has failed fish out the body so far.

According to sources, on Friday, Saurav went to the residence of one Rahimuddin Ahmed and a heated argument broke out between them.

“We will not tolerate such incidents anymore. We demand capital punishment of the culprits. If our demand is not met, then we will intensify our movement,” said a resident of Lezai.

Meanwhile, Dibrugarh district administration has issued a prohibitory order under section 144 CrPC in the district in view of deteriorating law and order situation at Lezai and Bordoibam areas.

Any violation of this order is punishable under section 188 IPC, said the order. 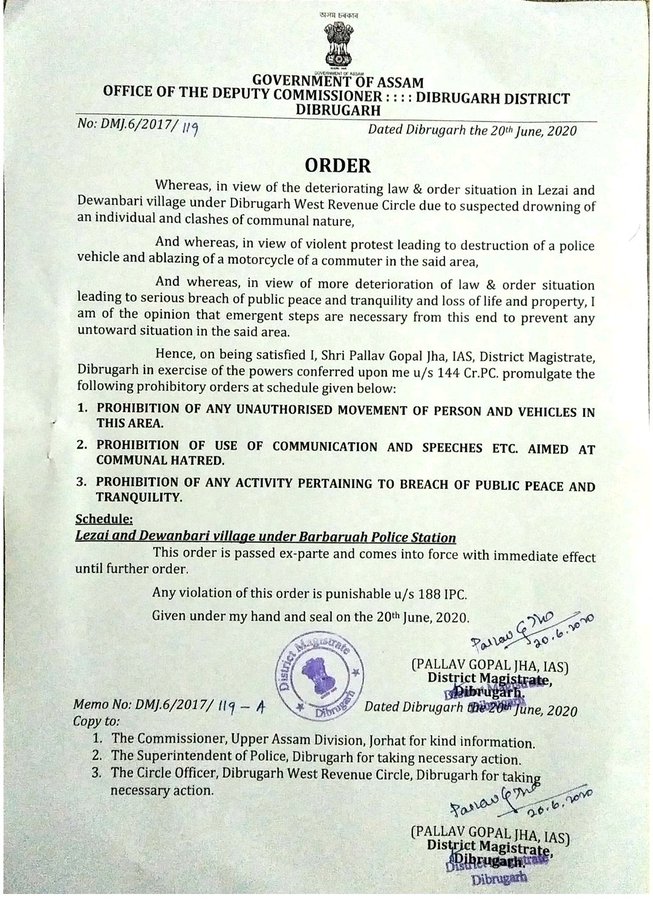