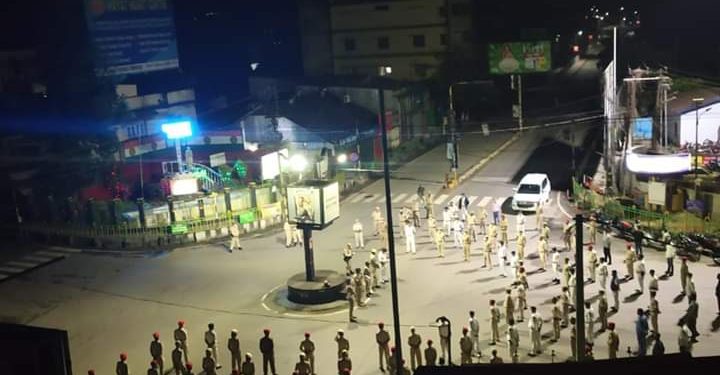 Dibrugarh police have started it’s preparation to enforce the new guidelines issued by Ministry of Home Affairs, Government of India regarding the lockdown after April 20 next.

The Dibrugarh Police led by superintendent of police Sreejith T has started briefing officers of all the police stations of the district regarding the new guidelines of the lockdown to be effective after April 20 till May 3.

The senior police officers, on the other hand, are briefing the officer-in- charge of various police stations, other officers, constables and home guards.

The SP personally visited the Dibrugarh Sadar Police station on Saturday evening for the same.

All the other officers, constables and homeguards attended the briefing standing in a circle maintaining social distancing.

“We have received the new guidelines regarding the exemptions and restrictions after April 20 till May 3. We are briefing our team so that there will be no confusion. As there are many points in the guidelines, we have prepared the guidelines in Assamese also for better understanding of each and every security personnel. As per the new guidelines, everyone has to cover their face, no matter it is covered with mask or by any cloth or gamusa. Action will be taken against spiting in public places. Pillion rider on two wheelers will not be allowed. There are many such points which we will enforce strictly,” the SP said.