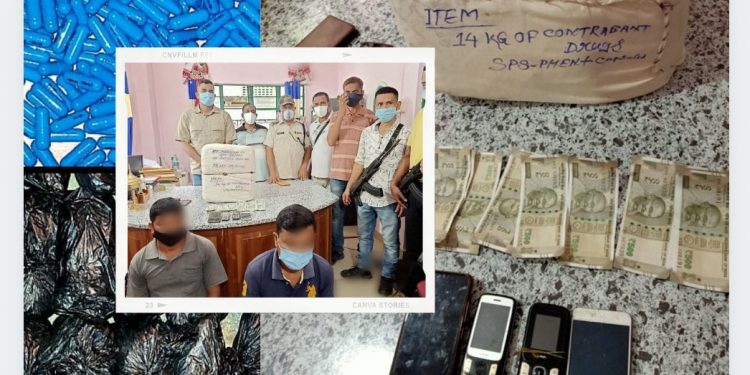 Four mobile phones and some cash were also recovered from them.

Based on specific inputs, the police reportedly laid a trap and succeeded in apprehending the two peddlers.

The duo have been booked under the Narcotics, Drugs and Psychotropic Substances Act, 1985.

The police recently launched a drive against drugs in Golaghat and since then have apprehended several individuals involved in the drug trade.

Many forms of banned drugs have also been seized in the past few days from different parts of the district.

Meanwhile, the police also apprehended one drug peddler at Baghbor in Barpeta district.

17 vials containing brown sugar were recovered from him.

According to sources, legal action has been initiated against him.