The age of the donors, who have pledged to donate organs, ranges from 19 to 62 years 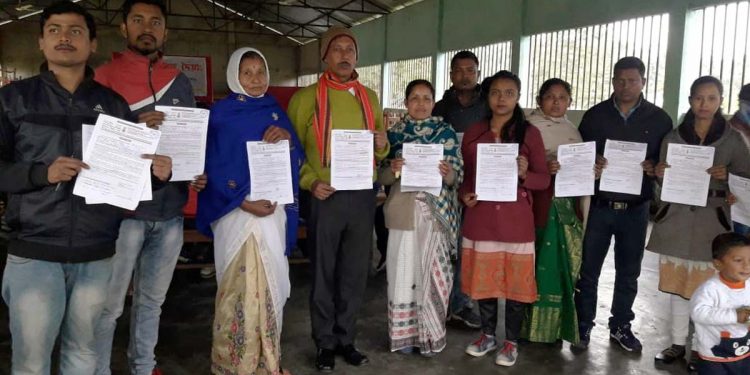 The donors who have pledged to donate their bodies. Image credit - Northeast Now

Merapani, a small town situated 25 km from the district headquarters of Golaghat and 325 km from Guwahati along the Assam-Nagaland border, often grabs headlines for inter-state border issues.

But this time it has made headline on account of a humanitarian cause as 17 people of the area have pledged to donate their bodies after their death.

The pledge was taken by the people of the area during a programme organized by Natun Samaj, a local socio-cultural organisation, in association with Ellora Vigyan Mancha, an NGO, at the auditorium of Doyang College.

The 17 people pledged to donate their bodies posthumously so as to help the medical students to further their research and to achieve new vistas in healthcare.

“Initially, we faced some problems in convincing the people to donate their bodies due to some peculiar and complicated religious and moral questions,” said Diganta Dutta, president of Natun Samaj.

“But we made the people understand that by donating their organs, they can make a big difference not just to one person but they can save or improve as many as fifty lives,” he added.

A recent survey reveals that lack of awareness about donating bodies and the tendency to stick with post-death rituals are hampering practical studies of medical science students.

“The endeavor of the donors will definitely inspire other people for this noble cause and will go a long way in creating awareness among the masses,” said Pranab Jyoti Chetia of Ellora Vigyan Mancha.