AREIDA President PK Sarma said that even though global investors had shown interest in investing in the state, they have been put off by the state’s outdated multiple-window building bye law 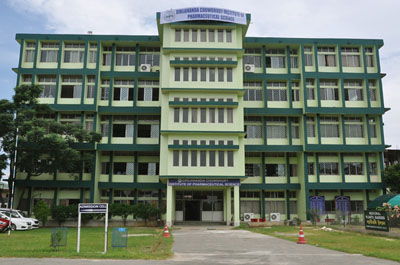 The Assam Real Estate Development Association (AREIDA) moved the Prime Minister and Assam Chief Minister against the gross violation of the notified regulations and declared norms and policies of the government in the real estate sector of the State on Thursday.

In a memorandum send to Prime Minister Narendra Modi and Chief Minister Sarbananda Sonowal, AREIDA alleged that developers in the state are being neglected while all the other states are benefitting under the Central Government’s new policies and regulations of the real estate sector.

AREIDA President PK Sarma said that even though global investors had shown interest in investing in the state during the Advantage Assam summit, most of them have diverted to other states mainly because of the state’s outdated multiple-window building bye law, with 28 serious errors, for the past almost five years.

Sarma also said that in order to develop business of the real estate sector, the Central Government, had formulated the Model Building Bye Laws 2016 and directed all states to amend their building bye laws accordingly.

However, in spite of AREIDA’s constant efforts for upgradation of the building bye laws, the Centre has still been neglecting their efforts whereas all the other states have upgraded building bye laws with single window, online, and time bound approval system, reports The Assam Tribune.

The details of the all the drawbacks of old building bye laws have been documented in four technical reports since February 2014, as well as governed by a regulation called the Guwahati Building Construction Regulation Act-2010, which is ultra vires to the Constitution of India.

However, the Centre has not even taken steps in solving the problem of the drawbacks as mentioned in the technical reports.

The Prime Minister’s Awas Yojana scheme has also not been useful in the state as not a single support policy at the State level for affordable housing has been granted till today.