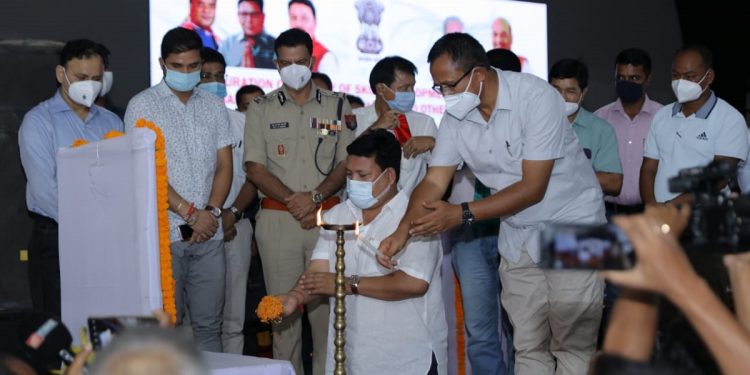 All surrendered NDFB rebels will be rehabilitated by September this year.

This was informed by Assam IGP (Special Branch) – Hiren Nath on Sunday.

All the members of NDBF belonging to four factions, who laid down arms and came to mainstream would be rehabilitated by September, said IGP Hiren Nath.

Speaking to the media persons at Kokrajhar on the side-lines of inaugural function of “Skill development for self-employment of youths of BTR and other parts of Assam” Hiren Nath said that the process for complete rehabilitation of all NDFB members is under due process.

Hiren Nath said that the COVID-19 pandemic has delayed the rehabilitation process.

He said: “As many as 1429 cadres of the NDFB have already been given Rs 4 lakh each in their account as part of rehabilitation and the Government of Assam has already earmarked an amount of Rs. 160 crore for complete rehabilitation.”

Nath said there would be special pre-recruitment training for the NDFB members to absorb them in different para military forces.

“If the members are found to be fit and fulfil the required criteria for the para military forces they would be absorbed in various units and other members who do not fulfil the criteria and are not fit for the forces, they would be rehabilitated by giving them alternative jobs,” Assam IGP Hien Nath said.

He said that the cases pending against the former NDFB members, be it heinous or non-heinous would be withdrawn in phase manner.