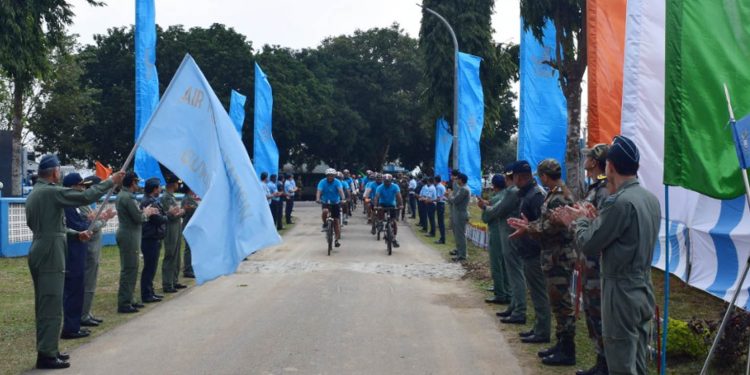 The expedition has been organised as part of the ongoing Diamond Jubilee celebration of Eastern Air Command.

The air warriors from different bases were divided into three teams which commenced the expedition from Purnea, Chabua and Shillong.

Enroute the teams interacted with students and motivated them to join the armed forces.

In total, 30 members of the three expedition teams were led to Guwahati from Digaru by Air Vice Marshal B Chandra Sekhar AVSN, SOA, Eastern Air Command.