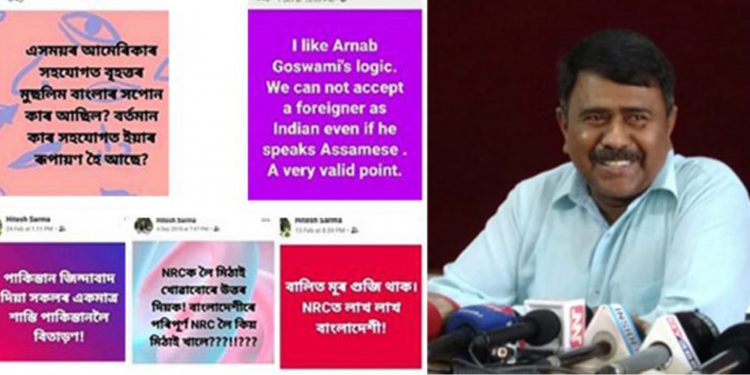 Barpeta MP Abdul Khaleque has opposed the appointment of Hitesh Dev Sarma as the new coordinator of National Register of Citizens (NRC) in Assam.

In a letter to Assam Chief Minister Sarbananda Sonowal, the senior Congress leader called Dev Sarma as “bias, partial, and not trustworthy”.

“After transferring former NRC coordinator Prateek Hajela, we were expecting the Assam government to appoint someone more capable for an error-free NRC,” Khaleque said on Wednesday to media.

“But the appointment of Hitesh Dev Sarma has left us in complete disbelief. Sarma’s various Facebook posts reveal his bias identity and we think his appointment will never yield an error-free NRC,” Khaleque added.

Khaleque also attached a few screenshots of Sarma’s earlier Facebook posts with the letter sent to the CM.

“Attached are some of the posts from Sharma’s Facebook wall, which reveals his partial and biased nature,” Khaleque added.

“For an error-free NRC, we would request the Assam government to immediately terminate Sharma’s appointment and replace him with someone who is unbiased and impartial,” Khaleque added.

Hitesh Dev Sarma is currently serving as the secretary to the government of Assam, urban development and finance departments.