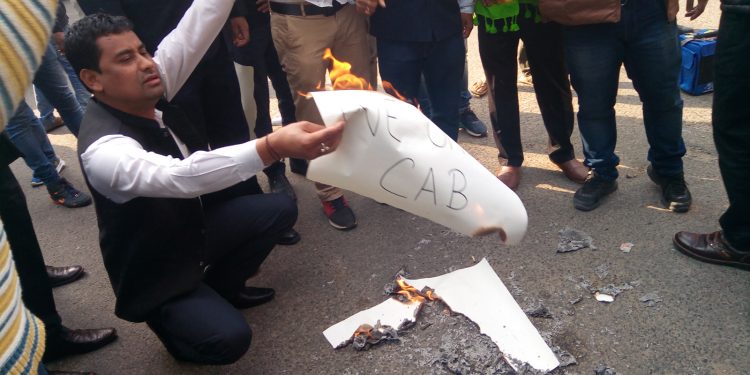 The Union Cabinet chaired by Prime Minister Narendra Modi Wednesday morning cleared CAB and it is likely to be tabled in the Parliament next week.

“We will never accept the CAB. This bill is against the basic principle of the Assam Accord,” said AASU advisor Samujal Bhattacharya.

The student organization has called for an urgent executive meeting in Guwahati on Thursday.

“We will chalk out our next course of action against the bill,” said a senior AASU leader.

On Tuesday Home Minister Amit Shah has a detailed discussion with AASU leaders in an effort to get the support of the student body in favour of the hill.

“We have also told the Home Minister clearly that Assam will not accept CAB at any costs. We have lost our people in our fight against illegal foreigners in the late 70s,” said Bhattacharya.

“How can we accept a bill which gives constitutional safeguard to illegal Hindu Bangladeshis,” he added.

The AASU, AJYCP and few other organizations have also staged a human chain in the national capital in protest against the bill.