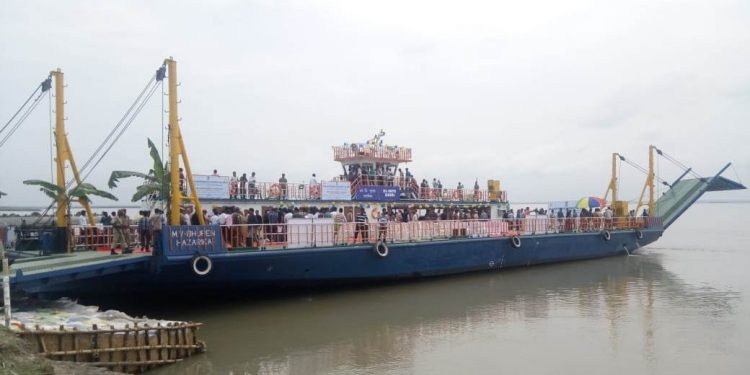 The Jorhat district unit of AASU has demanded resumption of the  RO RO ( Roll-on/Roll-Off) vessel service between Kamalabari Ghat in  Majuli and Nimati Ghat in Jorhat at the earliest.

The RO RO vessel service which was launched about a year ago has remained suspended for the past five months.

The AASU, in a memorandum submitted to the chief minister Sarbananda Sonowal and transport minister Chandra Mohan Patowary sought the resumption of the service at the earliest.

The students’ body led by the Jorhat district unit president and general secretary Surjya Kumar Bhuyan and Jitu Neog respectively said in view of a heavy rush of visitors to Majuli during the Raas festivity the RO RO vessel service was needed to cater to the increased passengers between Jorhat and Majuli.

The Raas in Majuli will begion from November 11.

The RO RO vessel named MV Bhupen Hazarika, was built at a cost of Rs 10 crore by the Inland Waterways Authority of India (IWAI) with a capacity to carry over 100 passengers along with eight trucks, each weighing 25 tonnes or 25 small vehicles.

It had considerably cut down the travelling time between the Brahmaputra island and mainland Jorhat.

Chief minister Sonowal, who is also the MLA of Majuli constituency, had launched the service at the Kamalabari Ghat on October 11 last year.