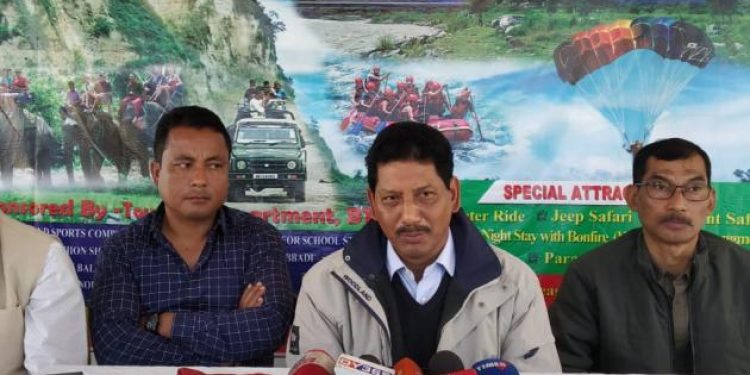 The seventh edition of Bhairabkunda festival is going to be celebrated with a five day extravaganza from January 8 next at Bhairabkunda, 24 kilometres north of Udalguri town in the district of Assam.

The festival is aimed to tap the tourism potential of Bhairabkunda – a picturesque tri-junction located in the Himalayan foothills of Assam, Arunachal Pradesh and Bhutan and register its unmatched natural beauty on the tourism map of the country.

He expressed high aspirations that besides the people of Arunachal Pradesh and Bhutan, people from the entire north-eastern states would participate in the festival.

He further stated that students of various schools and colleges would also participate in four discussion panels on burning issues of the area.

The celebration committee members expressed that Bhairabkunda festival would reflect the age old bond of fraternity, unity and integrity among  the diverse ethnic linguistic groups including those from neighbouring Bhutan and Arunachal Pradesh and its mission is to give an exposure to the tourism prospects, self-employment opportunities for the educated unemployed youths and prevail the communal harmony and tranquility in the region.