Assam records around 12% polling in first two hours: 14% in Manipur 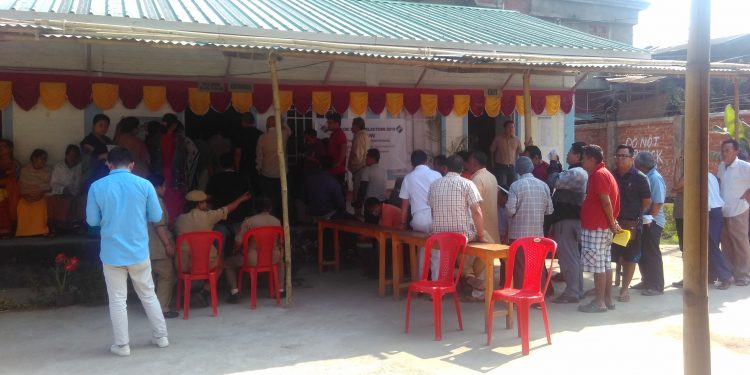 Assam recorded a poll percentage of 11.61 per cent till 9 am in the five constituencies that went for voting in the second phase of parliamentary elections on Thursday.

Polling is underway since 7 am at the five Lok Sabha constituencies of Nagaon, Silchar, Karimganj, Mangaldoi, and Autonomous Districts.

The Inner Manipur parliamentary constituency which also went to polling on Thursday recorded 14 per cent polling till 9 am.

It may be mentioned that the election in Tripura East Constituency, which was earlier supposed to be held on Thursday, has been deferred till April 23 because of security concerns.

In the Inner Manipur constituency, 11 candidates are in the fray.

Counting will be held across the country on May 23 next after completion of all the phases of polling.