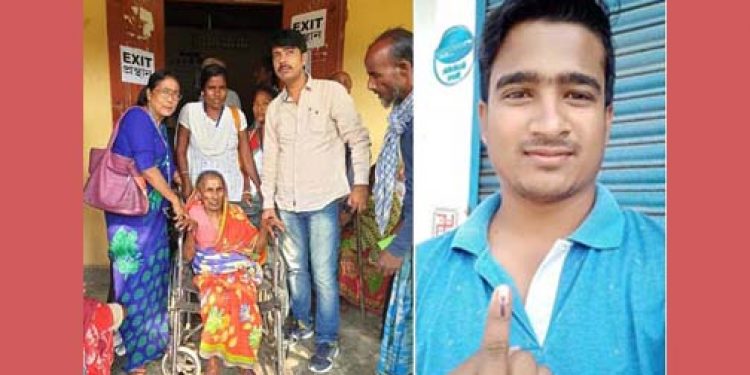 A presiding officer, who was allegedly allowing people to vote without proper documentation, has been arrested by Gauripur police in Dhubri district of Assam on Tuesday.

According to information, Gaur Prasad Barman, presiding officer of 743 No Bani Vidya Mandir LP School under the Madhusoulmari Part I area of Gauripur police station was arrested by the police on the basis of a complaint lodged by the sector officer concerned, Mrinmoy Das.

As per information, the alleged presiding officer was allowing people to vote on the basis of voter slip only issued by the Booth Level Officer (BLO) to the respective voters without seeing any relevant valid documents prescribed by the Election Commission of India.

Meanwhile, the voting for the third phase of the election in Dhubri district ended on Tuesday at 5pm with overall 86.94 per cent polling.

It is expected that the polling percentage in the constituency will rise up once the polling officials from all corners come back from the interior areas.

Voting finished at 5 PM in all the ten constituencies of Dhubri HPC and remained incident-free.

Out of 10 LAC segments, 5 are from Dhubri district, 3 are from Goalpara district and 2 are from South Salmara Mankachar district of Assam.

Till filling of this report, the South Salmara Assembly constituency under Dhubri HPC has recorded the highest 91 pc of polling followed by Dhubri with 89.85 pc.

The LACs wise voting percentages of Dhubri HPC are as follows:-

Apart from them, the fate of 11 other candidates including five Independent candidates has also been locked in the EVMs.