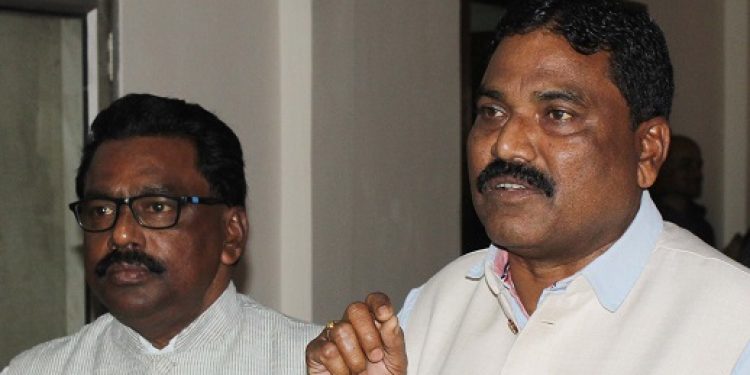 Congress MLA Durga Bhumij addressing during the Budget Session of Assam Legislative Assembly at Dispur in Guwahati on February 1, 2019. Image by UB photos

The Assam Legislative Assembly members on Friday asked the government to generate strong awareness against cruel acts such as witch-hunting and other superstitious practices.

The members also asked the government to provide suitable financial aid to the families of these victims and also to the survivors of these cruel practices, according to reports.

In response to the request of the members , Assam social welfare minister Pramila Rani Brahma said that the government is considering to give every kind of financial assistance to the families who had to lost their dear ones due to superstitious acts.

She said that she had urged the MLAs to support the NGOs that have been fighting against social evils.
She also added that the Social Welfare Department is working with the Assam State Women’s Commission to create awareness among the people.

Brahma also said that the police also needs to take action against the miscreants who carry out the heinous acts of killings in the name of superstitions.
The minister said that the Social Welfare Department is taking every possible step to prevent recurrence of such incidents.

Brahma informed that a total of 133 cases of witch-hunting have been reported across the state since 2001.
She added that the incidents of witch hunting are high in 17 districts of Assam, mostly in Kokrajhar district which has so far reported 45 deaths.

After Kokrajhar, the districts of Chirang and Goalpara have reported 24 deaths and 17 deaths due to incidents of witch hunting.

Opposition Congress legislator, Durga Bhumji alleged that the social welfare and home departments are not doing their jobs seriously. He demanded that the state government come out with policies to support the families of victims.