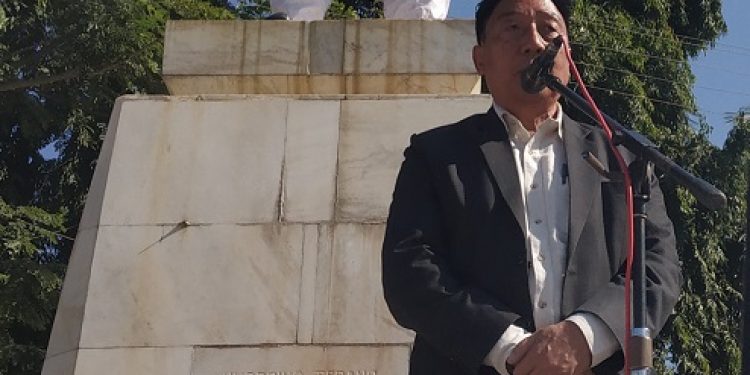 Speaking his mind, he said, “Today is an auspicious day and the arrangement for the occasion is good. But the absence of elected members today is very unfortunate. On the occasion like this all elected members should have been present to honour and respect late Kharsing Terang. It is because of him and leaders like Semson Sing Ingti that we are here today. They have sacrificed their life and endured hardship of getting a district for us. It is because of their struggle that we are here. We need to acknowledge their sacrifice and dedication.”

“I am very sorry to say that none of the elected members have turned up. Yes, all may not be able to attend, but if five or six members are present that was also enough.  It is very unfortunate,” he added.

The death anniversary of the first CEM of erstwhile Mikir Hills District Council Kharsing Terang was observed by an all religion prayer. In the morning, the chairman of KAAC, Longki Timung along with KAAC principal Mahadananda Hazarika and additional deputy commissioner Norsing Bey garlanded the statue of late Kharsing Terang in front of  Rongpharpi Nokbepi traffic island.

Later prizes for on the spot drawing and painting competition for school children were given away. The winners were given certificate and cash awards.