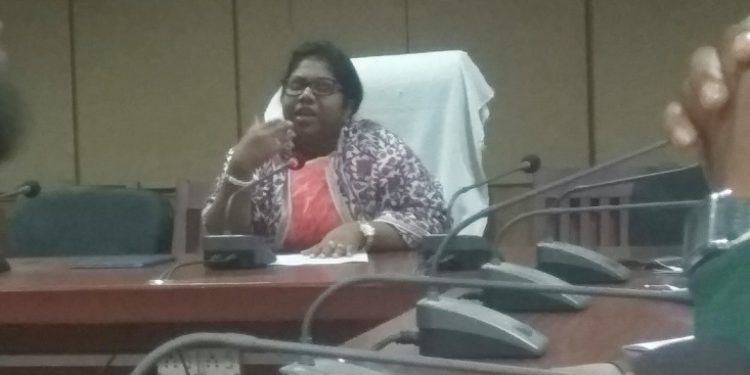 The Jorhat district administration will take legal action against any organization or self-styled leaders of so-called organizations or parties if found harassing traders and businessmen by way of illegally demanding donations.

District information and public relations officer Sarodi Gogoi informed that the Jorhat deputy commissioner Roshni A Korati had recently received several complaints in this regard from shopkeepers and chambers of commerce as well as from conscious citizens.

Gogoi said that in view of getting such complaints the deputy commissioner has asked the traders and businessmen to inform the district administration or police immediately if they faced any kind of harassment or demand for donations from any person or a group representing an organization whether heard or unheard of.

Warning of taking strong action against any person or people found to be involved in seeking donations forcefully from the traders’ and businessmen community, the deputy commissioner, who is also the district magistrate, has asked those involved in harassing traders and businessmen to stay away from such activities.

It may be mentioned here that the leading traders’ body based in Jorhat had submitted memorandum to the State Government about a month ago regarding the increase in number of such cases of demanding donations by youths in the name of organizations.

The traders had said rising cases of seeking donations forcefully were hampering the business community in carrying out their regular activities.

In the last fortnight the shopkeepers had faced threats from a group of youths, who in a vigilante manner threatened shop-owners against use of plastic carry bags claiming that the district administration had banned sale and use of such bags.

They had then proceeded to burn the plastic carry bags stocked in the shops after forcefully taking them away from the shopkeepers.

The administration has prohibited selling, stocking and using of plastic bags which are below 51 microns.

A source said that the group had on a few occasions demanded money from the shopkeepers even after they were selling carry bags that were 51 microns or above or being given  to customers to carry the purchased items.