Assam institute first non-government to have generic pharmacy at campus 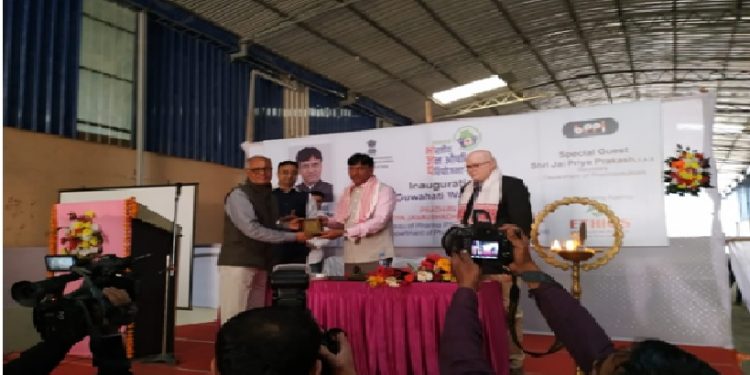 The institute was praised for this noble initiative with an appreciation memento by Mansukh Lal Mandaviya .
The memento was presented during the inauguration session of Regional Warehouse under Pradhan Mantri Bharatiya Janaushadhi Pariyojona (PMBJP) at Pamohi in Guwahati recently.

PMBJP is a campaign launched by the Department of Pharmaceuticals to provide quality medicines at affordable prices to the masses.

The medicines sold at PMBJPK outlets are equivalent in quality and efficacy as expensive branded drugs.

GIPS is the first non-government pharmacy institute of Assam that was established in 2007.