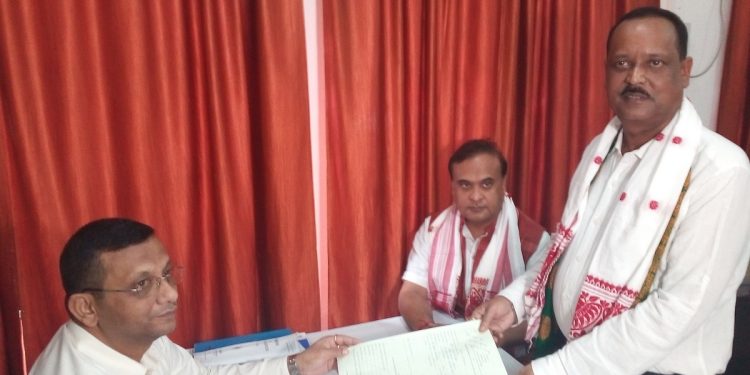 Assam minister Dr Himanta Biswa Sarma on Monday claimed that the saffron party would win all the four seats in the ensuing by-election.

Himanta said this while taking part in a huge rally taken out for filing nomination paper by BJP candidate Rajen Barthakur for the by-poll in 74 Rangapara LAC in Sonitpur district.

“There is no any factor to defeat BJP candidates in the four seats as people of these four constituencies have full confidence upon the party of doing good for the common masses of the country,” Himanta said.

“We are also full confident that our four candidates will come out with remarkable margin,” he added.

Meanwhile, along with BJP candidate Rajen Barthakur, altogether five candidates filed nomination papers on the last day for the bye- elections to the 74- Rangapara Legislative Assembly Constituency before the returning officer and CEO of Zilla Parishad, Diganta Baishya.

The constituencies of Rangapara, Jania, Ratabari and Sonari   will go to polls on October 21 next.

The other four candidates who filed their nominations are Royal Soreng of Communist Party of India (Marxist), Sanjit Rajbanshi of Socialist Unity Centre of India (Communist),  Kartik Kurmi of the Indian National Congress (INC) and Arup Kumar Choudhury of the Bharatia Gana Parishad.

The nominations will be scrutinized on October 1. The last date of withdrawal of nominations is October 3.