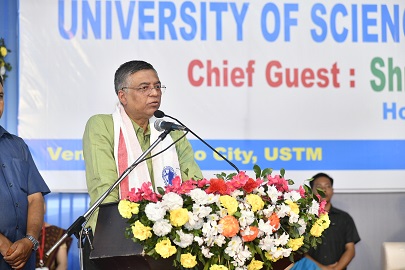 The district administration is giving final touches to the ceremonial launching of slew of farmers’ schemes of Government of Assam in Hailakandi district.

Under the Mukhya Mantri Krishi Sa Sajuli Yozana, 12,344 small and marginal farmers of the district have been selected by a 10-member district level committee headed by deputy commissioner as chairman and district agriculture officer as member secretary.

Minister Bhattacharya will felicitate some of the selected beneficiaries on the occasion.

Under the scheme, Rs 5000 will be provided to each farmer as financial assistance for procurement of farm tools and implements. Sub-divisional agriculture officer A R Ahmed said the scheme has been formulated by the State Government to promote the usage of scientific implements by the small and marginal farmers as well as share croppers to increase their productivity and to enhance their income.

The amount will be transferred directly to the beneficiaries’ bank accounts through Direct Benefit Transfer mode.

The Government of Assam has targeted five lakh farmers across the State under the scheme.

Under the AFCSS, short term crop loan to a maximum limit of Rs 25,000 will be deposited by the government provided the farmer has repaid the total loan amount within March this year.

Under AFIRS, short term crop loans will be provided to farmers up to Rs two lakh with four per cent interest subvention with effect from April 1 2018 until further orders, while one-time cash incentive up to Rs 10,000 for activating overdue and NPA KCC accounts till September 30 this year will be given under AFIS.