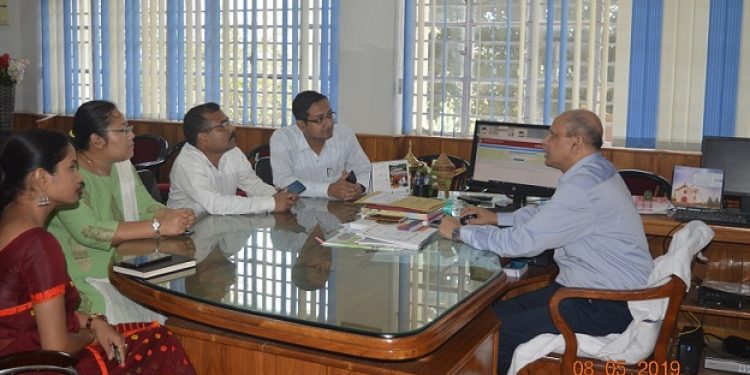 The Assam dashboard analytical review of project across the nation (DARPAN) portal for the District Magistrate in Dima Hasao was formally launched at Haflong on Wednesday.

The portal was launched by Dima Hasao deputy commissioner Amitabh Rajkhowa in presence of many government officials.

This portal is a configurable dashboard service designed and developed by National Informatics Centre (NIC) for a single window monitoring of the schemes and services offered by the government, said a government press communiqué.

Subsequently, more services and schemes will be integrated as per the requirement of the district administration.

The deputy commissioner during the meeting requested the NIC, Dima Hasao district unit to incorporate progress and activities of MLALAD, DDMA, Election and Arms License Branch so that status of these activities can also be monitored through this useful single window system.

It may be mentioned that Assam chief minister Sarbananda Sonowal launched the CM dashboard under Assam Darpan’s initiative on October 27 in 2017.

The entire Assam Darpan platform was developed by National Informatics Centre (NIC), Ministry of Electronics and Information Technology as a part of the Digital India Programme.

This may be accessible by the public at the link – https://as.cmdashboard.nic.in.