Assam: Chinmoy brings laurels being only rank holder from Jorhat in HSLC 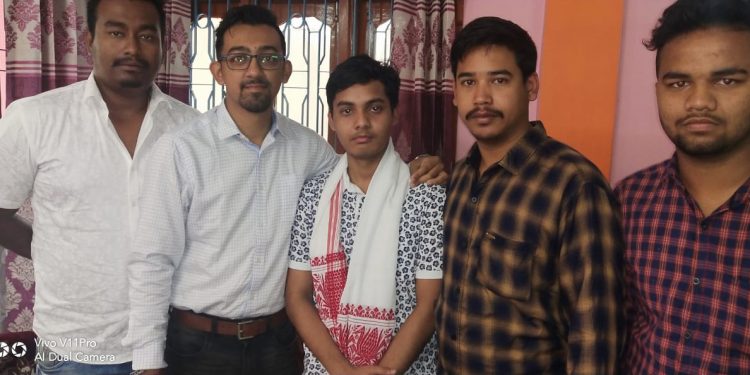 He is the only candidate to have found a place in the top ten from this district this year.

Chinmoy told reporters that he planned to study medical science and become doctor.

He further said that he did not count how many hours he studied but did quality study instead of quantity.

In his leisure time Chinmoy played the guitar and read books including those of APJ Abdul Kalam.

Principal of the school, Father Regi Mani said that Chinmoy was expected to be among the top five.

“He has been standing first in the class since class V and we were expecting him to get a rank in the top five.  Chinmoy also had got scholarships in various talent search exams,” Father Regi Sai said.

He further said that Chinmoy was not only good in academics but represented the school in quiz and other competitions and had got several prizes.

People including leaders of the All Assam Students’ Union made a beeline for his house to congratulate the achiever.

Father Regi said that in the past four years students of Don Bosco Baghchung had achieved ranks.