China provides data from three hydrological stations - Nugesha, Yangcun and Nuxia located on the mainstream of the Brahmaputra River 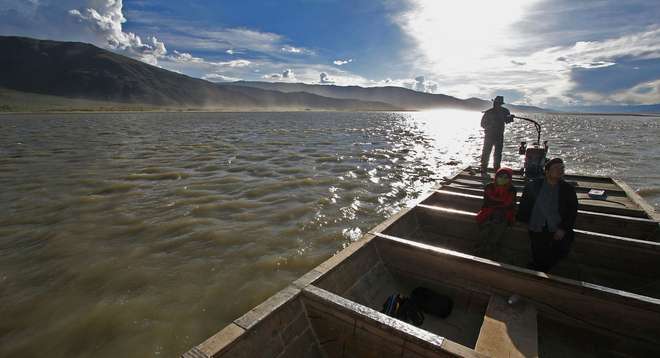 File image of the Brahmaputra

A senior Water Resources Ministry official on Monday said that China has begun sharing hydrological data with India on the Brahmaputra River for this year’s monsoon season.

China provides data from three hydrological stations – Nugesha, Yangcun and Nuxia located on the mainstream of the Brahmaputra River.

However, after relations between the two countries had become stronger, hydrological data had again begun to be shared by China from 2018, according to reports.

The hydrological data for the Brahmaputra River was shared from May 15 last. The data is very necessary for flood management in the state of Assam as during the monsoon season, the river swell due to heavy rains and causes a lot of damage in many areas of the State with massive floods.

The river is known as Yarlung Zangbo/Tsanpo in Tibet. It traverses eastward for 1625 km along southern Tibet, keeping a course roughly parallel to and about 160 km north of the Central Himalayas.

Large numbers of glaciers contribute their snow melt in the initial stage of the river from its south as well as from north. Almost entire precipitation, mostly in the form of snow, received by the north face of Central Himalayan Range, contributes to the river flow. Later, the river is joined by larger tributaries; mostly from its North where the catchment area is wider.

The total catchment of Yarlung Tsangpo constitutes more than 50 per cent of the Brahmaputra basin. This vast high altitude and barren catchment is responsible for some of the unique characteristics of Brahmaputra River. It is remarkable to note that the river is quite wide (600 m and above) in many parts of Tibet and is navigable for a length of 650 km at an altitude of 12000 ft or above, making it the highest inland navigation system in the world.

There are many locations where the river is highly braided at such high altitude.