Police are hot on the heels of the culprits 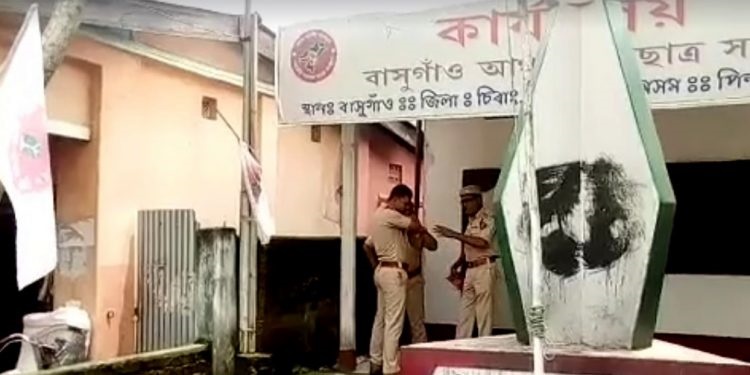 Tension simmers in Basugaon – in Chirang district of Assam – over miscreants defacing the martyrs’ column (swahid bedi) of AASU.

The inscription engraved on the headstone was also smeared with black paint.

The incident happened in the Basugaon office of AASU. This is the second incident in the state when rogue elements have defaced an AASU memorial.

The Basugaon unit of AASU has condemned the vandalising incident and demanded that the miscreants be detained at the earliest.

The Basugaon police is hot on the heels of the lawbreakers and have affirmed that the culprits will be nabbed “at any cost”.

The district administration has appealed to all to maintain peace.

In 2017, the lesser known Nikhil Bharat Udbastu Samannay Samiti (NBBUSS) had damaged the martyrs’ memorial of AASU and had vandalised their office at Silapathar in Dhemaji district of Assam.

Police had arrested NBBUSS leader Subodh Biswas and several other members and they were released on bail after remaining behind bars for two years.