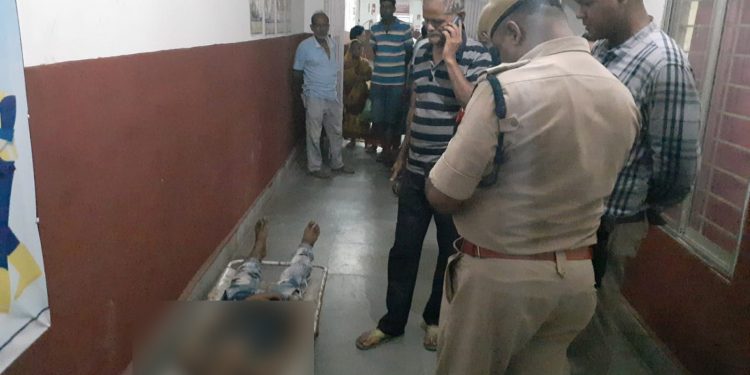 The deceased has been identified as Bappa Das.

Bappa Das, who was arrested in a theft case, allegedly committed suicide in the lock-up of Karimganj Sadar PS.

He was arrested on charges of being involved in e-rickshaw battery theft.

After his arrest, he was taken to Karimganj Sadar PS for medical check-up.

Following medical check-up, the arrested youth was kept in the lock-up.

But after some time, the youth allegedly committed suicide inside the lock-up which created sensation in the area.

According to police, the youth committed suicide inside the toilet with the help of his ganjee.

However, the family members of the deceased have claimed it to be a case of murder.

The family members of the deceased said, “After his arrest, the police had mercilessly beaten him up with huge stick as a result of which Bappa died.”

“And to cover up the murder, the officer-in-charge (OC) of the sadar police station has given it a shape of suicide,” the family members said.

The locals and Karimganj North MLA Kamalakshya Dey Purkayastha staged protest against the death of the youth inside the police lock-up.

He questioned, “How is it possible for someone to commit suicide with a ganjee?”

“This is illogical,” said the MLA.

He also held OC Bora responsible for many untoward incidents that have happened in Karimganj town.

Later, two persons – Birumoni Singha and Rupa Das – were put on suspension in connection with the incident.