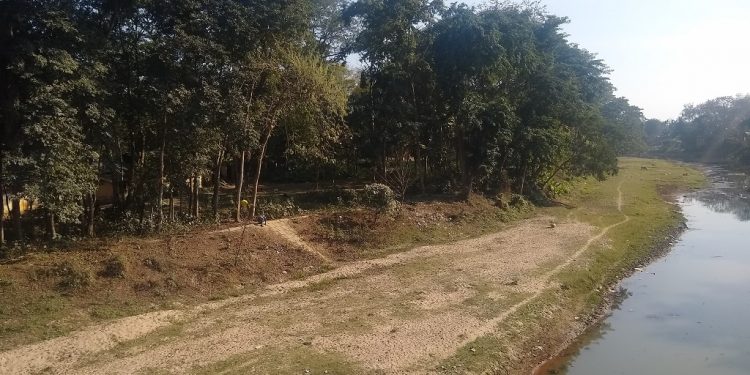 The month of February in the year 1983 is still considered as one of the darkest and saddest time of Assam as the state had witnessed large scale violence and killing during the Assam Agitation.

In the name of holding the Assembly election which was opposed by indigenous people led by All Assam Students Union (AASU), a never before mass violence, killings and counter killings at the behest of certain political circles and anti-Assamese bureaucrats covered every area of this evergreen beautiful state.

Mangaldai was also not exempted from such gruesome violence and on February 17 of 1983, it witnessed the brutal killing of 21 innocent indigenous villagers.

A group of organized armed anti-social elements under the patronage of certain political circles on that fateful day killed nine villagers at Dhula Chowk and twelve villagers at village Thekerabari both under Dhula Police Station now.

The All Assam Students Union (AASU) immediately declared all the 21 slain villagers as ‘martyrs’.

After performance of the post mortem examination of all the slain 21 villagers at Mangaldai Civil Hospital, the sub divisional administration headed by Jitesh Khosla (who recently got retired as the Chief Secretary of Assam) did not allow to take the dead bodies to their respective homes and ordered for the funeral in presence of a very limited persons that too under strict police cover and accordingly funeral of 19 martyrs was performed on February 19 and of two others on February 21 at the riverbank on the backyard of Mangaldai district jail.

Since then the spot of funeral has been transformed into a holy site and activists of local AASU declared it as ‘Swahid Udyan’ and planted saplings for its preservation.

In 1987, for the first time the local AASU unit observed Swahid Divas on February 17 at this Swahid Udyan in presence of the then general secretary of AASU, Shasha Dhar Kakoti. Those leaders turned political leaders after formation of the Asom Gana Parishad (AGP) and the government too declared to transform this funeral spot into a well decorated park with the busts of all the 21 martyrs.

But, perhaps the AGP leaders during their two terms in the power could not spare time from their valuable busy schedule to look into it. And now making a mockery to the tall assurances of the AASU turned AGP leaders, this holy site once declared as Swahid Udyan in 1983 is now lying abandoned in the heart of Mangaldai town where the six year long Assam Movement was initiated.

Meanwhile talking to the Northeast Now, Bhargab Kr Das, a former AASU leader and then in charge general secretary of the organization regretted the way this place of historical value has been left unattended for years after years.

“Today the supreme sacrifice of these 21 martyrs has completed 36 years and we have miserably failed to preserve this rare memory. Is not it an insult to these 21 martyrs?” Das shared.

“Will the AASU or other like minded organizations come forward for preservation of this holy site and to transform it into a well decorated and well maintained beautiful spot of attraction so that the younger generation could come to know the supreme sacrifice offered by these martyrs?”, he maintained.