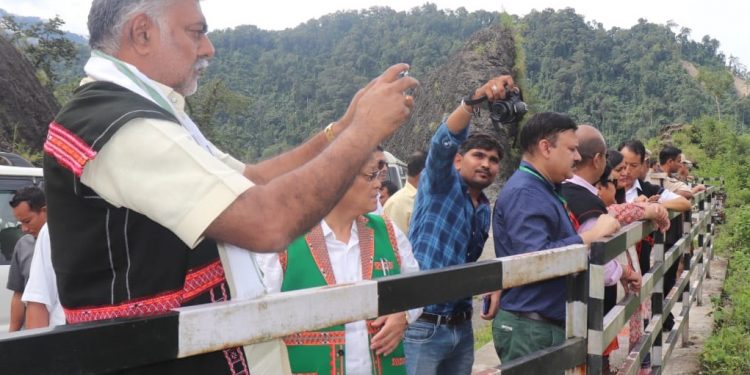 District art and culture officer Augusti Jamoh also accompanied the union minister during his visit to the tourist places.

At Bodak, Patel and the team were accorded a warm traditional welcome by village members and traditional Ponung party.

The minister was briefed about the tourism potentials in trekking, hiking, sightseeing, angling, rafting, kayaking, heritage, cultural and village tourism, tea tourism and pilgrimage tourism in the district.

He was also briefed about the tourism potential of cane and bamboo traditional bridge built over the confluence of Siang and Yamne rivers near Pongging Viewpoint.

Patel, who was on a two-day visit to the state, noted the good connectivity to the tourist hotspots in the district.