Only local taxis for sightseeing in Tawang: Transport body

The local taxi drivers mostly depend on the tourist inflow for their daily need: All Arunachal Pradesh Public Transport Federation 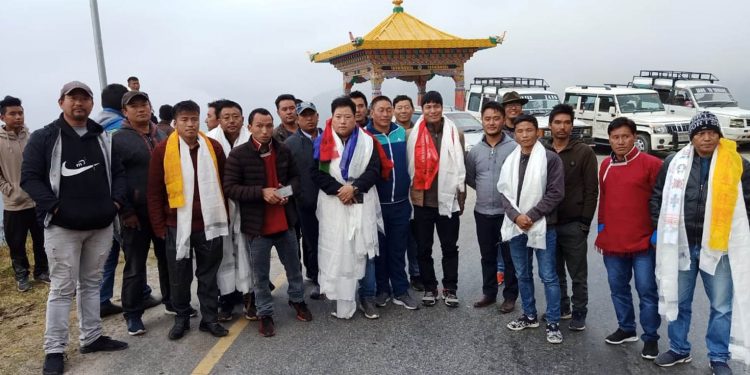 The All Arunachal Pradesh Public Transport Federation (AAPPTF) has decided not to allow non-local taxis for carrying tourists in Tawang.

The AAPPTF has resolved that they would allow only local taxis to carry tourists for sightseeing in and around the Tawang district.

The resolution was taken during a ‘Road Safety and Awareness’ programme organized by the Tawang unit of the Federation under the leadership of its state president Dobing Sonam here on Friday.

“With the start of the tourist season, a profusion of taxis from outside is expected to operate in the local tourism market which in turn would deprive the local taxi drivers,” said Sonam.

“The local taxi drivers mostly depend on the tourist inflow for their daily needs.”

“Moreover, if the tourists, who visit Tawang, use local taxis for sightseeing, it would boost the income of locals,” Sonam added while reasoning the resolution taken by his organization.

It was further decided that the tourists, who reach Tawang on their private or hired vehicles, will have to park the vehicles in the hotels they check in and use only the local taxis for sightseeing.

Earlier, speaking on road safety and awareness, Sonam appealed to all the transport federations and association members to join hands for a better Arunachal by following the basic traffic rules.

He called upon the motorists to ensure that their vehicles are roadworthy and documents are updated.

It is a must for the vehicle owners and drivers to update their documents as well as maintain their vehicles being used for commercial purpose periodically.

“It is also important to obey traffic rules for the convenience of commuters and avoiding harassment by the police,” he said.

The road safety and awareness drive was followed by a Swachhta Hi Sewa awareness programme.

A large number of commercial and private vehicle owners and drivers, hoteliers and members of the Tawang unit of AAPPTF participated in the daylong programme.

Members of the Bazar Welfare Committee led by its secretary Tsering Drema were also present.

The AAPPT team, which had been vocal against the delay in construction of the Balipara-Charduar-Tawang (BCT) highway, expressed its appreciation to Khandu for looking to the road on priority.