The Rajiv Gandhi University Students’ Union (RGUSU) on Wednesday staged a sit-in protest at the union’s office in Rono Hills, Itanagar against CAA, NRC and the attack on JNU students & teachers.

Many students were seen holding anti-fascist posters of like ‘Anti-Fascist Territory’, ‘Smash Fascism’, ‘RGU against CAA, NRC’ and so on.

RGUSU president Dopum Sonam said the protest was also called in support of the nation-wide strike called by central trade unions against the anti-people policies.

“We don’t enjoy protesting but we are left with no other option. We condemn JNU administration for the lackadaisical attitude of treating JNUSU’s demands,” said Sonam.

On the Citizenship Amendment Act (CAA), National Register of Citizens (NRC), the RGUSU president said these are totally ‘unwanted’ and that the university students have always opposed it and will continue to do so.

He informed that the union will also organize a cultural protest at Tennis Court, IG Park in the coming days wherein he challenged the MPs to speak before the public or else resign from their posts.

“It is terrifying and a potential threat to the country’s students,” he added.

JNU authorities and Delhi police were inactive when the masked goons entered the heavily guarded campus and unleashed their brutality, said Taba.

Taba said students across India are boycotting classes and coming out to the streets to observe ‘All India Strike’ in protest against campus violence, CAA, NRC and attack on free speech, civil rights.

On union home minister Amit Shah’s “understand the chronology” remark over the NRC and CAA, Taba said the BJP government has ‘Lack of Interest and Vision’ for the indigenous minorities of Arunachal and Northeast. 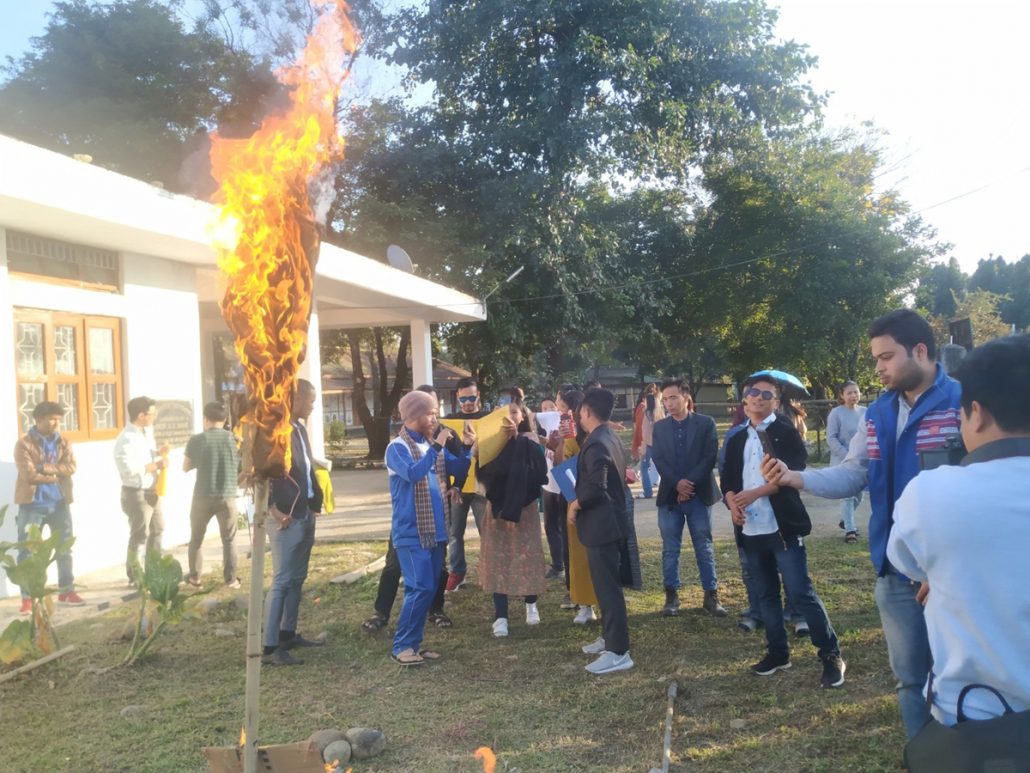 Students of NERIST also took out a protest rally on its campus to observe the Bharat bandh.