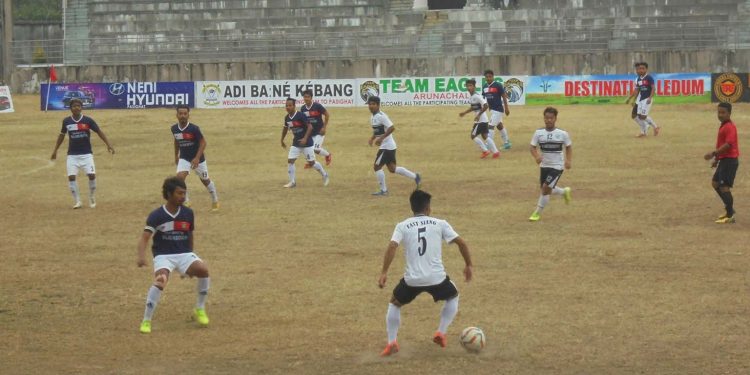 A moment of the match between East Siang and West Siang on Friday. Image: Northeast Now

The East Siang team defeated West Siang 5-3 on penalties after the action-packed semi-final ended on a draw with both teams scoring one goal each.

In the penalty shoot-out, the host netted 4 goals while the visitors managed to score just two.

In another semifinal match of the day, Kurung Kumey beat Arunachal Pradesh Police (APP) to enter the final.

The match ended goalless in the stipulated 90 minutes. Later, during the penalty shoot-out, Kumey beat APP 2-1.

Kurung Kumey earlier defeated Changlang 3-1 in on Wednesday to enter the semi-final.