CAA will change the demography of the entire Northeast: Nabam Vivek 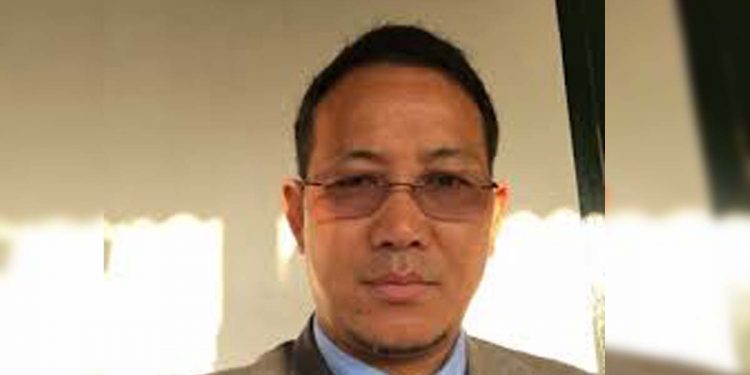 Claiming that the Citizenship (Amendment) Act will change the demography of the entire northeast, Nabam Vivek, a senior NPP member of Arunachal Pradesh has resigned from the party.

Vivek, a contestant for the Doimukh Legislative Assembly constituency, resigned from the primary membership of the National People’s Party (NPP).

Citing NPP national president Conrad Sangma’s “U-turn on the CAB, 2019” as the primary reason, Vivek tendered his resignation from the primary membership of NPP. 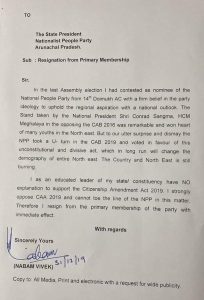 In a letter to the state NPP president, Vivek said he had contested as a nominee of the NPP from Doimukh with a firm belief in the party’s ideology to uphold the regional aspiration with a national outlook.

“The CAA will change the demography of the entire Northeast,” Vivek said, and condemned the stand Tura MP Agatha K Sangma for voting in favour of the “unconstitutional and divisive act.”

Vivek said he strongly opposes the CAA, and cannot toe the line of the NPP on the issue.

“I, as an educated leader of my state, have no explanation to support the Citizenship (Amendment) Act, 2019,” he said.

G. Kabak, president of Arunachal Pradesh unit of NPP could not be contacted for comments on Nabam Vivek’s resignation from the party.