CAA will not be applicable in Arunachal Pradesh: Khandu 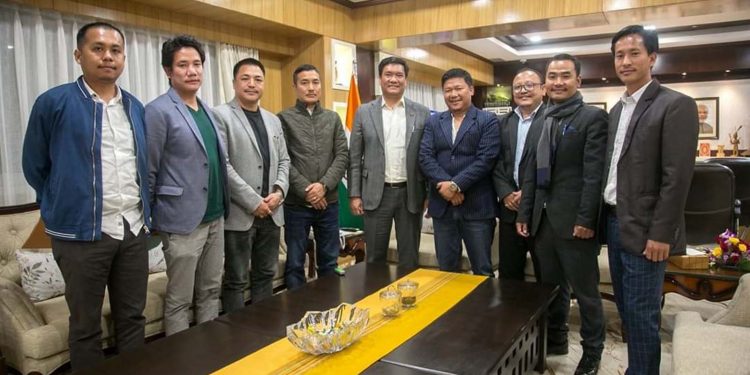 Arunachal Pradesh chief minister Pema Khandu assured that the provisions of the CAA, 2019 will not be applicable in the state as the entire state is covered under the ILP.

Khandu’s assurance came during a meeting with the members of the All Arunachal Pradesh Students Union (AAPSU), which led by its president Hawa Bagang and general secretary Tobom Dai, called on the former at his office here on Monday.

It may be mentioned that massive protests continue across the country against the Citizenship Amendment Act (CAA), 2019.

During the meeting, the AAPSU members sought an official status of the government of Arunachal on Chakma-Hajong refugees illegally settled in Arunachal Pradesh following the enactment of Citizenship (Amendment) Act, 2019.

Khandu informed the delegation that the government of Arunachal Pradesh is examining the Act and will come up with its official position at the earliest.

He also said the ILP will be strengthened and strictly monitored.

“Necessary instructions have already been given to the chief secretary and director general of police to carry out the strict implementation of ILP in the entire state,” Khandu said.