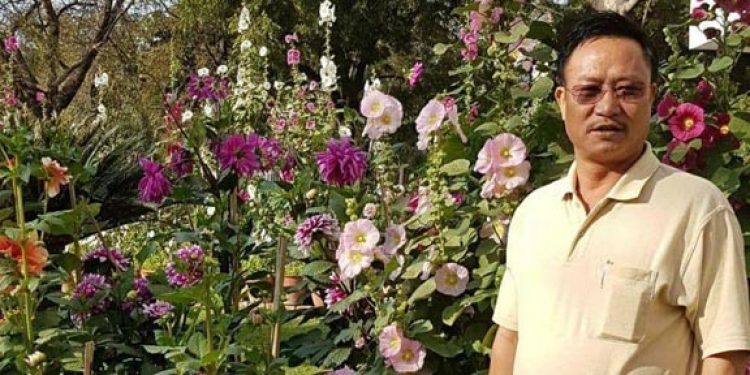 Former Arunachal Pradesh MLA Ngurang Pinch’s daughter alleged that the Central Bureau of Investigation (CBI) has refused to take up the case of her father’s mysterious death.

Ngurang Pinch, who went for a rafting expedition on November 17, 2017, reportedly died after drowning in the Papum-Poma river.

He went out to enjoy the weekend along with his friends and associates but did not return home alive.

The mystery remains as his family was informed only after a day of the incident.

Pinch was elected to the Arunachal Pradesh Assembly from Doimukh constituency as an independent candidate in 2004.

Then he joined the Congress and remained with that party before joining the Bharatiya Janata Party (BJP) in 2014.

Pinch’s daughter Ngurang Reena, who is a PhD scholar at the School of International Studies in Jawaharlal Nehru University, New Delhi, is still fighting for justice of her father.

A Forward Press report quoted Reena as saying, “According to the rafting guide, the expedition members had found my father’s body at dawn, which should be 6 or 7 am of 18th (November).”

The report further quoted Reena as saying: “Again, as informed by the rafting guide, the team had a meeting to ‘take care’ of the situation. There was a delay of several hours in informing us about his death.”

She also alleged that the team had “ordered everyone to delete the pictures and videos from their phones” and a screen lock was allegedly set on her father’s phone and the screen of the phone was also “tampered”.

The team had 21 members in total.

It has been alleged that Pinch’s companions had maintained silence about his death.

Reena further said the team did neither bring the body home nor they took it to a place near the police station and no one from the expedition team contacted them.

It was only a driver who was also one of the members of the expedition team met them and informed about the tragedy.

The report also quoted Reena as saying that when they washed the body just ahead of the funeral, they found wounds on it.

He was born in 1964 at Nypain under Kurung Kumey district and is survived by his wife, three sons and six daughters.

After his death, the state government formed a Special Investigation Team to probe the case.

Three persons were arrested but the SIT has failed to reach any conclusion.

With a demand to hand over the case to the CBI, Reena met union minister of state for home affairs Kiren Rijiju.

She also informed that the state government decided to hand over the case to the CBI in July 2018.

“However, the CBI is dilly-dallying and refusing to take it up,” the report further quoted Reena as saying.

She said, “I was told by a CBI official that Northeast is too far and they do not have the resources to investigate a case there.”